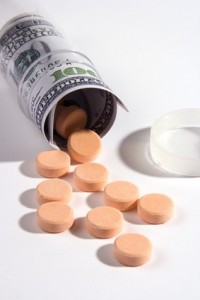 Settlement of a Workers’ Compensation claim may require establishment of a Medicare Set-Aside (MSA) where a workers’ comp claim is settled but there is a need for future medical treatment. Essentially, the concept here is that Medicare is a secondary payer if a primary payer exists.

Just how much of the settlement money has to be put into the MSA is determined by estimating the cost of future treatment by evaluating the cost of and need for past treatment. Such determinations can be complicated and often require evaluations by specialized companies whose sole purpose is to prepare a proposal that may be submitted for approval by the Centers for Medicare and Medicaid Services (CMS).

The MSA proposal must be approved by CMS, a process that typically takes many months. Once the approved MSA is appropriately spent, Medicare will provide further treatment.

CMS approval should be obtained when:

For settlements not falling into either category, explicit CMS approval isn’t required. However, Medicare’s interests still must be considered when settling any workers’ compensation claim.

There is not any cut off where one need NOT consider Medicare’s interests.

by James Monast
Connect with me
Board-Certified Workers’ Compensation Attorney in Columbus, Ohio
4 Comments
Hi Kelly, thank you for your question regarding an MSA account with Medicare. Your preexisting conditions will not prevent you from getting Medicare but could limit your ability to get a Medigap policy.
by Jim Monast October 7, 2022 at 04:13 PM
From what I've been told medicare does not pay for preexisting conditions so why would I need to set up an set up an MSA account with medicare?
by Kelly February 8, 2022 at 09:02 AM
Hi Paul, thanks for visiting the blog and for commenting on the shorter time-frame for MSA approvals. You are correct about MSAs not needing to be approved by CMS but it is best practice. Employers almost never finalize settlement approval before CMS approval. So, while federal law doesn’t require it, it’s de facto required by employers.
by Jim Monast January 5, 2021 at 04:06 PM
I am an attorney and former state executive director. I now work for a company that does the professional management of MSAs. My role is primarily education focused. I am discussing what we do with Ohio state regulators and in an effort to educate myself on how Ohio works I have been visiting various websites. I just read your comment on MSAs. I have two recommendations. the first is MSAs do not need to be approved by CMS although that is the best practice. The second is the approval turn around time has been greatly improved in recent years. In most cases the review and approval time is now about 10-14 days. I hope this helps you and your clients.
by Paul Sighinolfi December 28, 2020 at 03:32 PM
Post a Comment