A classic video on YouTube of Regent University School of Law Professor James Duane explains to a class why you have to be a moron to talk to the police. The punchline takes place about half-way through when he invites one of his students, a detective, to give his perspective on talking to the police.

A recent example of this in the news is a guy named George Papadopoulos pleading guilty to lying to federal agents. While few have heard of Papadopoulos—and for good reason because he was a bit player in this whole sorry Washington D.C. melodrama—his indictment was preordained the very moment he agreed to be interviewed by federal agents because, if they want you, they got you.

In Ohio workers’ compensation land, our FBI/CSI/NCIS equivalent is the Ohio Bureau of Workers’ Compensation’s Special Investigation Unit (SIU), affectionately known as the “Fraud Squad”. They investigate tips and allegations that injured Ohioans collecting workers’ compensation payments might also be working on the side. Obviously, this is strictly verboten: if you are collecting temporary total or permanent total disability compensation under your workers’ compensation claim, it is illegal for you to work. If you do this knowing you aren’t supposed to, it is called “fraud” and carries a wide-range of possible unpleasant consequences such as recoupment by the BWC of money paid to you and an extended visit to new surroundings where you’ll make new friends and get “three hots and a cot”.

Obviously, sometimes, the Fraud Squad acts commendably and recoups money that shouldn’t have been paid when someone claiming injury can clearly work. They even (in theory, at least) investigate employers who scam the system by underreporting payroll or characterizing employees as independent contractors when clearly they are not. The bigger headlines, however, are garnered by catching people who “game the system”… and, if they can’t prove their case by their own investigation and collection of evidence, they’ll approach the injured worker directly to make their case! And often people are stupid enough to believe that old line “we’re from the government and we’re here to help you”, so they talk to the Fraud Squad without a thought. They are told, why call the lawyer handling your workers’ compensation claim if you have nothing to hide.

A while back, I had a series of hearings involving a long-time client accused of working while receiving temporary total disability. The Fraudsters had received anonymous tips my client had been seen driving a dump truck to a junkyard. Each time they went investigate, they found the businesses either to have been long closed or to have no evidence he ever worked for them. Since they had no evidence verifying the anonymous allegations, they talked directly to him. They went to his home and found him sitting on his front porch. They announced they were from the BWC and just wanted to talk with him about his claim. They told him he could call his attorney first to get the go-ahead but that they just had a few questions for him about his claim and that it wouldn’t take too much of his time.

My client, who is in his 60s, was poor to begin with. Since his injury a few years ago, he’s had to sell personal belongings, including two cars, to make ends meet as his workers’ compensation payments are low. He has even been evicted more than once as he couldn’t afford to pay his rent. It took more than a year to approve shoulder surgery under his claim and another one is pending as the first one didn’t take. He is also naïve, thinking that if he just does what the BWC asks him to do, he’ll be just fine.

So, he agreed to talk with them as “I ain’t got nothing to hide”. Although the Squad wasn’t able to obtain verification from alleged “employers” that the man had been working, they learned from him he occasionally picked up scrap from the side of the road to sell for cash. They established that, once, he made $4.83 from selling this scrap… and, no, that figure is not a typo. They said “don’t you know that’s working?” He said, no, he didn’t know that….

What Do You Think Happened?

Lest you think this situation unusual or “out of the norm”, let me share a couple others. Many years ago, I represented a man who sustained a very serious back injury consisting of multiple disk herniations requiring several surgeries. He couldn’t return to his work involving heavy lifting and he was bored out of his mind awaiting approval for and then recovery from his back surgeries. A friend invited him to a local “boat club”, really just a place where folks stored their boats and would go on the weekends to drink beer. The owner asked him if he would like to help out picking up beer cans after the parties, in exchange for which he’d let my man hang around the club during the week without having to pay the normal initiation fee. He agreed and someone reported him to the SIU. The BWC convinced the Industrial Commission to declare a $27,000 overpayment of compensation he had been paid, all because they determined the waived $100 initiation fee constituted payment for work. Harsh? Perhaps… but the BWC got to add it to the fraud recovery figures they reported to the Columbus Dispatch.

One more: a few years back, I represented a young woman who left home in her mid-teens because she didn’t get along with her dad. After 3 years, she hurt her shoulder at work. While she was off work recovering from surgery, the 90 year old lady next door asked if this young woman would help her out by cutting her grass. As the old woman had a riding mower she could maneuver with one arm and had been kind to my client, she agreed. She told her neighbor she did not want to be paid but the lady insisted on stuffing $10 into her hand. Her dad turned her into the BWC.

At hearing before the Industrial Commission, the BWC presented reams of investigation to the hearing officer and argued that the $10 payment was evidence my young client had been working and committing fraud. Fortunately, the hearing officer rolled his eyes and held insufficient evidence of work activity and fraud.

What Do We Learn From These Experiences, Dear Reader?

For one, activity you may not consider “work” may be just that under Ohio law. Second, the Fraud Squad will come after you with a vengeance if they think you may have been working while receiving compensation under your claim—and, for heaven’s sake, don’t be stupid enough to do this. It’s wrong and you’ll be discovered. Third, DO NOT voluntarily talk to the SIU, thinking “I ain’t got nothing to hide”. Stuff you think “no way is that working” is stuff they’ll try to hang you with—at the least, they’ll make your life miserable. And if they can’t establish a case on their own, they’ll try to make one off stuff you tell them. Remember, Martha Stewart didn’t go to prison for insider trading, she went to prison for lying to federal authorities. Scooter Libby didn’t go to prison for leaking about Super Spy Valerie Plame’s Secret Identity. He went to prison because his recollection of where he heard a story differed from the memory of the late newsman Tim Russert. 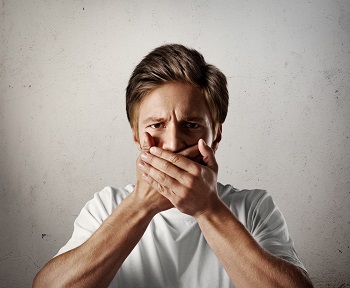 Fraud recovery by the BWC makes for good PR for them. And a scalp is a scalp. Once you agree to talk voluntarily with the SIU, know that your hair will likely be decorating the lodgepole in the BWC’s tepee (sorry about the cultural appropriation in the metaphor.) Let that be a lesson to all of us: JUST SHUT YOUR PIEHOLE!!