Psychological Claims in Ohio Worker’s Compensation: Are They Recognized?

Work-related injuries can be devastating on many levels. Beyond the obvious impact physical limitations have on ability to enjoy productive work and activities of daily living is the toll injuries understandably take on our emotional health.

Let’s face it: Over and above the need to earn income to eat, provide for ourselves and our families, and fund our leisure activities, we often derive a sense of satisfaction and identity from our work. A man or woman who has driven the big rigs for 20 years or whose life has been devoted to the care of the aged in nursing homes can experience a profound sense of loss when a serious back injury prohibits him/her from returning to this line of work. The impact of an on-the-job injury can impact our lives and relationships in profound ways. 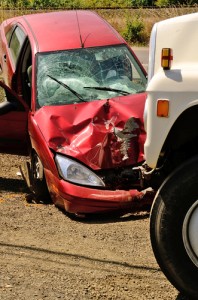 Ohio’s Revised Code (the statutes enacted by the Ohio Legislature) defines “injury” [for workers’ compensation purposes] as including any injury, whether caused by external accidental means or accidental in character and result, received in the course of and arising out of, the injured workers’ employment. Psychiatric conditions are excluded from the general definition of “injury”, “except where the claimant’s psychiatric conditions have arisen from an injury or occupational disease sustained by that claimant.” R.C. §4123.01(C)(1).

In 2013, the Ohio Supreme Court considered just how expansively to define the concept of “injury” when faced with a case involving a dump truck driver whose truck was rear-ended. While the dump truck driver received relatively minor physical injuries, the driver of the car that struck him was killed. The car went underneath the dump truck and the accident scene was described as “horrific”. Does the term “injury” involve the totality of the circumstances of the accident or merely the personal physical impact/alterations resulting from the accident?

In considering whether the dump truck driver could maintain a claim for “post-traumatic stress disorder”, the Court stated he could not unless the condition arose from the physical injuries he himself sustained in the accident, not the injuries and subsequent death of the driver who hit him. The Court acknowledged that its decision would be criticized as not in keeping with the liberal construction of Ohio workers’ compensation laws required by statute but explained that any necessary expansion of Ohio law has to come from the legislature.

by James Monast
Connect with me
Board-Certified Workers’ Compensation Attorney in Columbus, Ohio
2 Comments
Hi Carolyn, if you suffered burns from the pepper spray that can be a sufficient basis to file a claim and perhaps allowance of the PTSD. I'd encourage you to give us a call to discuss your situation.
by Jim Monast January 5, 2021 at 04:03 PM
I was robbed and attacked with pepper spray on my job. Outside of the continued burning from the burns I'm having anxiety and apparently some PTSD. So unless the jerks actually physically damaged me I wouldnyt qualify for WC?
by Carolyn October 7, 2020 at 06:17 PM
Post a Comment