The Opioid Epidemic and the Injured Ohio Worker: Know the Risks 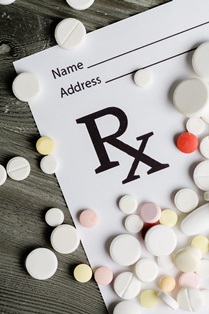 According to a state report, unintentional drug overdose deaths increased in Ohio by 642 percent from 2000 to 2015. The state saw more opioid overdose deaths in 2014 than any other state in the nation, and unintentional overdose has been the leading cause of death in Ohio every year since 2007. The problem is so widespread that law enforcement officers today increasingly carry a medication to reverse the effects of opioids and prevent an overdose. The epidemic is real and is affecting more Ohioans every day. Injured workers, especially, should recognize and understand the risks of opioid dependence.

To understand the opioid epidemic, understand this class of drug. Opioids are drugs that act on nerve receptors in the brain and body. They are commonly used to relieve pain after an illness or injury. While safe to use for short periods of time, opioids are especially dangerous because the body can quickly build a tolerance to the drug, requiring an increasing amount of the drug to achieve the pain relieving or euphoric effect. The class of drugs known as opioids includes oxycodone, codeine, hydrocodone, morphine, fentanyl, and meperidine.

The story of opioid addiction is strikingly similar and scary for people across the state and country. After an injury, a person is prescribed an opioid by a doctor to relieve pain. The injured person uses the prescription and the subsequent refills. When the prescription runs out, however, the dependence may already have taken hold. Users need the drug or withdrawal may begin. The symptoms can be severe, including vomiting, diarrhea, abdominal cramping, muscle aches, and more. To alleviate these symptoms, people often resort to buying street drugs, and an addiction begins. As the addiction grows, however, it becomes increasingly difficult to afford pills, and too often, those addicted turn to other drugs, most commonly heroin or illegally produced fentanyl. Heroin is nearly identical in chemical composition to oxycodone, and both heroin and illegal fentanyl can be obtained for a much lower price.

Using either prescription pills or street opioids, the overdose risk is high. The addictive nature of opioids means that users must use more and more of the drug to attain the desired effect. And the composition of street drugs can differ from one producer to the next, and they often substitute other dangerous and unknown chemicals. Overdose is common as the addiction grows. The state of Ohio reports that 3,050 people died as the result of an unintentional overdose in 2015.

Injured Workers and the Risk of Opioid Addiction

So, why should Ohio employees be worried about this dangerous drug epidemic? The Centers for Disease Control and Prevention (CDC) noted that workers in all industries face unique risks when considering opioid addiction. Work-related injuries are increasingly being treated with prescription narcotics, including opioids. The CDC reports that one-quarter of all workers’ compensation medication costs are paid for narcotic drug prescriptions.

With more drugs being prescribed comes an increased risk of addiction. The Ohio Bureau of Workers’ Compensation (BWC) acknowledged this danger and implemented a drug formulary to discourage the overprescribing of these drugs to injured workers. And the BWC is considering establishing benefits that could treat injured workers who become dependent on opioids and other drugs, besides the care and compensation benefits already offered to injured workers.

Protect Yourself and Your Loved Ones After an Injury

While the statistics can be overwhelming, opioids are continually prescribed because they can be used safely and effectively after an injury or illness to help workers ease pain and recover quickly. If you or someone you love has suffered an injury at work and been prescribed a powerful painkiller, researchers at Harvard University offer these tips for safe use:

Recovering from a work-related injury or illness can be a trying time for the employee and his family. At Monast Law Office, attorney Jim Monast and his experienced legal team are here to help Ohioans obtain the medical care and compensation they deserve, so they can recover and move forward with their lives. Call our Upper Arlington office today to learn more about the services we provide and how we may help.