What Is A Workers’ Compensation Claim? 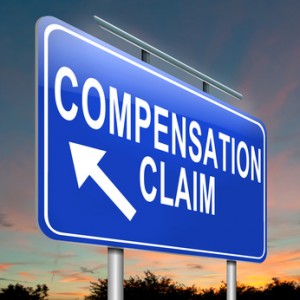 Wikipedia notes that workers’ compensation (often known until the last 40 years or so by the title “Workmen’s Compensation”) is a form of insurance providing wage replacement and medical benefits to employees injured during employment in exchange for mandatory relinquishment of the employee’s right to sue his or her employer for the tort of negligence.

If you are injured on the job or develop an occupational disease from exposure to chemicals, repetitive activities or the like, you need not and cannot sue your employer directly (except in rare circumstances such as “intentional tort”, technically a cause of action outside of the workers’ compensation system). Rather, a claim for compensation for lost wages and payment of medical treatment must be filed as authorized by the state having jurisdiction over the claim (typically, the state in which you work and are injured).

Most states require companies to purchase workers’ compensation insurance through a private insurance carrier much as we would purchase homeowner’s coverage for our house or auto insurance for our cars.

Ohio is one of a handful of states that require all employers (again, with certain very limited exceptions) to purchase workers’ compensation insurance through the state insurance fund, known as the Ohio Bureau of Workers’ Compensation (BWC). Very large employers can apply to be granted the right to self-insure rather than purchase coverage through the BWC. If granted the privilege of self-insurance, the employer still must adhere to certain guidelines regarding the processing of claims and ensure that compensation and benefits are paid in a timely and efficient manner.

Workers’ compensation benefits replace wages lost because of the work injury and, to a much lesser extent, compensate for permanent disability. However, workplace injuries generally result in lower monetary awards for permanent injury than would, say, a comparable tort claim (for example, suing the person responsible for an auto accident that resulted in significant pain and suffering). The tradeoff for the lower but generally more assured benefits is that employers are prohibited from asserting certain defenses in a workers’ compensation claim that might otherwise bar any recovery in a personal injury case.

For example, negligence of the injured person can be raised as a defense in a personal injury lawsuit. Under the workers’ compensation system, however, a claim may still be filed and recovery of lost wages for temporary or permanent disability permitted even when a worker’s negligence contributes to his or her on the job injury or death.