Will I Lose Wages If I Am Injured At Work?

The Workers’ Compensation systems of the states provide a social safety net in the event a worker is injured at work, contracts an occupational disease, or dies. Besides payment of medical bills incurred because of the injury or disease, and a modest payment toward the cost of funeral expenses for a job-related death, various forms of compensation are available to minimize the economic impact of the work injury and to compensate for temporary and/or permanent disability. 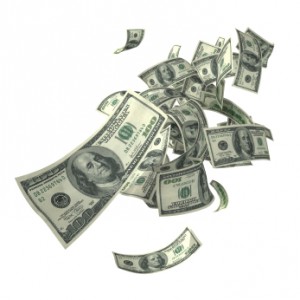 The amount and duration of compensation available to a claimant is determined by statute and year of injury. Generally, compensation is based upon 2 wage calculations. The calculation used depends upon the duration and nature of the disability compensation sought.

Temporary total disability compensation is payable to someone whose work injury prohibits her from returning to her former position of employment during the time the injury is healing. It is “temporary” in the sense that the disability isn’t considered permanent (although it may ultimately result in permanent loss of function) and the injured worker has not yet reached maximum medical improvement (meaning, again, that further improvement is still anticipated).

Just as taxes and withholding taken from normal wages means there is a difference between an employee’s gross and net wages, so too in the workers’ compensation setting is there a difference between the wage calculation (based upon earnings) and the rate of payment. Generally, the rate of disability compensation for an injury that results in 12 weeks or less of lost time from work is 72% of the initial wage calculation.

After 12 weeks, the rate of compensation often goes down. This happens for 2 reasons. First, the wage calculation is now based upon wages earned for a full year prior to the injury, typically divided by 52 weeks in the year. During the prior to the injury, any raises in pay would cause higher weekly earnings closer to the injury. The 6 weeks or 1 week prior to an injury typically reflect these higher wages and the higher rate of pay. In addition, temporary total disability benefits after the first 12 weeks of lost time are paid at a lower rate: the 72% rate of payment drops to 66 2/3% of the already lower average wage.

The purpose of temporary total disability compensation is to provide for an injured worker’s loss of earnings that result from the injury and during the period of recovery. Other forms of compensation are available after maximum recovery from the injury has occurred and if permanent restrictions or limitations remain.