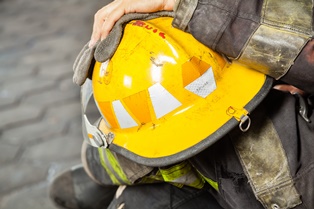 Ohio firefighters now have more protection under the state workers’ compensation system. Governor John Kasich signed legislation extending benefits for firefighters to include cancer and making Ohio the 35th state to acknowledge and address the increased instances of cancer among firefighters.

Beginning in 2010, a multi-year study conducted by the National Institute for Occupational Safety and Health (NIOSH) found that firefighters experience certain types of cancer at a higher rate than the general population.

The study offered specific scientific evidence to support the claim that cancer is an occupational hazard for firefighters, which helped Senate Bill 27 pass after other similar measures failed. Among some of the key findings in the NIOSH study, it was reported that firefighters are more often diagnosed with digestive, oral, respiratory, and urinary cancers. And firefighters are about twice as likely to develop mesothelioma, a rare and dangerous type of cancer related to asbestos exposure.

State Representative Tom Patton (R-Strongsville), who introduced the bill, called it a victory for Ohio’s firefighting community and said, “Ohio’s laws should reflect our employers’ responsibility to ensure as safe a work environment as is reasonably possible. Ohio’s firefighters have no unrealistic expectations regarding this, no firefighter wants to need the protections of this bill, but at the same time, no firefighter should be without the protections of this bill.”

What Does This Law Mean for Ohio Firefighters and Their Families?

Cancer was not considered a job-related illness, and those diagnosed with the disease could not obtain medical care or wage replacement benefits from the state workers’ compensation system. Firefighters and their families were left to rely on accrued sick days or the generosity of co-workers to cover missed work. For some, it meant significant financial hardship during an already difficult time. Now, Ohio firefighters can obtain important compensation by qualifying for:

The bill, named the Michael Louis Palumbo Jr. Act for a Cleveland-area firefighter battling brain cancer, will compensate many ill workers and their families. However, specific criteria must be always met. To be eligible for benefits, the firefighter must have been:

And there are several circumstances which can deny benefits. Some of the more common situations would involve a firefighter who:

The Burden of Proof May Fall on the Ill Ohio Firefighter

While lawmakers say that all types of cancers will be presumed to be work-related and covered under the bill, they also note it is possible for the employer to dispute the claim. It is likely that the ill firefighter would have to prove that he was exposed to cancer-causing agents during his time at work that led directly to his diagnosis. The NIOSH researchers note that just the diagnosis of cancer of a firefighter does not necessarily prove a relationship to work. Many factors can contribute to developing cancer, and employers may seek to demonstrate that one outside element caused the disease to avoid paying benefits.

An experienced Ohio workers’ compensation attorney can help ease the burden on ill firefighters and their families to ensure they can obtain these vital benefits. An effective legal team can work to prove employment-related cancer by:

If you or someone you love has served your community as a full-time or volunteer firefighter, and has been diagnosed with cancer, you may obtain workers’ compensation benefits. The legal team at the Monast Law Office is here to help Ohio firefighters and their families. Call our Upper Arlington office today to learn more about your rights and schedule a free, no-obligation consultation.