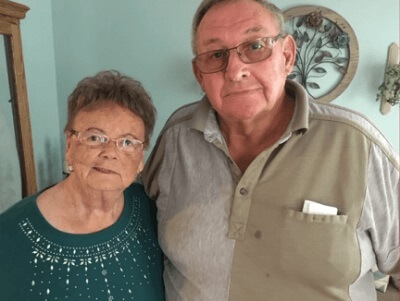 In a way, I started representing Mike Crosby before I went to law school, and even before finishing college! Actually, I didn’t, but my old boss did, and I got the honor of working on Mike’s claims after I started with the firm nearly a decade later. See, Mike is a guy who keeps on keeping on. He had two injuries (well, probably more that he didn’t report) over his work life, the first back in 1979 while still in his 20s. Back then, he worked as a tree-trimmer. I’ve represented several of these “bulls of the woods” over the years, and this work is more dangerous than I would have thought. Cutting and getting struck by swinging limbs weighing hundreds or thousands of pounds can quickly turn deadly.

Mike suffered a back injury trying to move a limb that had wedged itself against his truck. He felt a “pop” and knew that wasn’t good. Despite herniating three lumbar discs, and with pain radiating down his left leg, Mike returned to work, this time as a truck driver and mechanic. He drove many rigs, from forklifts to semis to heavy dump trucks, none of which are easy with a back injury.

He was injured again 16 years later when his tractor-trailer rolled, bouncing him around the cab, fracturing ribs and rupturing his spleen. Still, he returned to work. After extensive back surgery and significant ongoing treatment, and several years of his doctor (and his loving wife Carol) telling him he needed to stop working as he was making himself crippled, Mike finally listened. Vocational experts concluded retraining wasn’t feasible, and we convinced the Industrial Commission to grant him permanent total disability.

Mike is like many of my clients, especially the ones who work with heavy machinery, trucks, or construction. Their injuries might discourage lots of folks to throw in the towel, but these guys just keep going, long after you’d think they could. Mike’s just another of our good people, and we’re proud to know him!