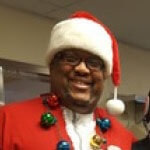 Over the years, we’ve represented lots of teachers, firefighters, school bus drivers, and other public servants. Without exception, I have found them to be dedicated to their work, uncomplaining, and wanting to get back to work soon.

In my experience, police officers are among those most likely to minimize their injuries! Now, don’t get me wrong — I admire their “no whining” attitude, and, no doubt, we probably need more of that as a nation these days. But sometimes, I’m reminded of the scene from “Monty Python and the Holy Grail” when King Arthur points out the Black Knight’s injuries, and the Knight insists, “It’s just a flesh wound,” as he continues to lose arms and legs! (Kids, if you’re too young to know this movie, ask your parents).

I’ve had police officers herniate discs while refusing to let go of a car that’s dragging them down the road or return to work early and against doctor’s advice, only to get hurt worse than if they would have waited and done what they were told (hardheaded?). It’s often tough, gritty work, and public opinion for them seems to vacillate between admiration and contempt.

By and large, they are also real characters. One such officer is our longtime client and friend, “Big Willie” Peterson III. He served as a Springfield, Ohio, police officer for many years after a long stint in the Army as a medical and X-ray technician. Willie suffered at least six injuries over nine years, usually from wrestling suspects who were trying to escape. He’s injured his neck and back, broken an ankle, torn his shoulder and biceps, and developed carpal tunnel syndrome.

Police work is like playing sports: The more injuries you get as time goes on, the more it takes a toll on your body. Even with surgery, your body never seems to work the same.

Ultimately, after he could no longer hold his arm up to pass his firing test, he had to go out on disability. Undaunted, he became a grill cook at Frisch’s and later at a nursing home where he was well-loved by the residents, especially when he played Santa Claus!

The shoulder and carpal tunnel eventually sidelined his grilling exploits, so he went back to school to learn about diet and became an aide at a local hospital. To my way of thinking, he’s come full circle in that he’s now back with soldiers, driving veterans to appointments at the VA office. He’s also in charge of maintenance at Ohio Thrift … some guys just can’t get the whole “retirement” thing down!

We admire this man, our friend, Big Willie Peterson. If you live in Springfield, you may see him helping Santa next Christmas — at 6 feet, 4 inches tall, he’s hard to miss!