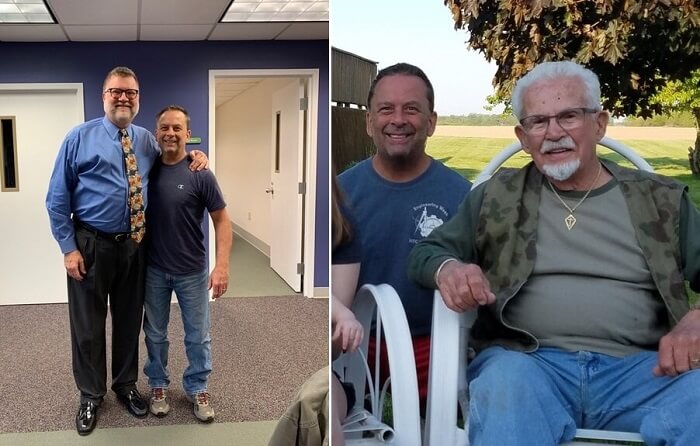 We have (and have had over the years) many fine, hardworking clients from Honda and its affiliate companies. Given their work, these folks get hurt a lot! One favorite, Jay Kneisley, was referred by several fellow line-workers back in 2012 after sustaining seven (yes, 7) injuries he’d tried handling on his own! An inspiringly gracious and humble man,  Jay’s most serious injury had occurred in 1993, long before he sought legal advice. While doing the strenuous, repetitive work his job entailed, his wrist popped. Long story short, he ultimately underwent a carpal tunnel release, had bone removed and a surgical fusion, extensive rehab and ultimately another surgery for hardware removal. Yet, even with this debilitating injury, Jay ultimately returned to work, suffering five more injuries over the ensuing twenty-five years (he had a relatively dinky injury in 1992) until his wrist pain became too much. He took early retirement and settled his various claims. On the plus side, he says he now gets to spend more time with his grandson.

It’s obvious where Jay got much of his grit. He came in recently to pick up his settlement check and tried his best not to choke up talking about his dad who recently passed away. Following his service during the Korean war as a member of the U.S. Army, Douglas D. Kneisley returned to his native Marion OH. He is responsible for much of the phone service in Marion, having installed most of the area telephone lines during his 44 years with GTE/Verizon. He taught his boys and grandchildren how to hunt and fish—and how to make deer jerky. Jay shared how his dad would set up targets backed by hay bales in the garage and the boys would practice shooting their bows from across the street. Sometimes, the local police would stop by to chat and encourage the kids while all this was going on—everybody knew Doug and his boys.

We’re so thankful for men (and women) like Doug and Jay who model decency, hard work and self-sufficiency. We’re grateful for our small towns and neighborhoods where folks can be kind to one another, laugh and cry together and just share life. We thank Doug Kneisley for his service to our country and for the legacy he has passed on to his children, grandchildren and great-grandson.