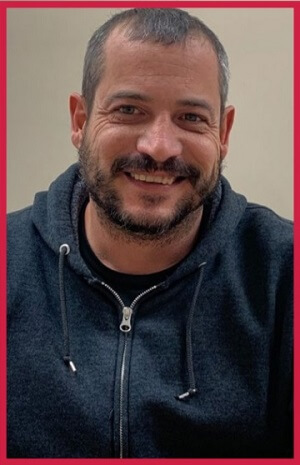 Guys who work in oil and gas are a different breed of cat. It’s hard, dangerous work. My dad used to say his time working as a roustabout in the Louisiana oil fields was the manliest work he ever did.

Charles knows this work. In 2015, he was a casing operator for Oilfield Inspection Services, a company that tests and inspects the huge tubes that line the drilled wells. These pipes are 40–45 feet long and about 10 inches around, and they weigh 500 pounds. They are transported in bundles in a triangular steel rack on a front-end loader. The pipes were racked four layers high, despite safety regulations mandating a three-layer limit. Typically, a chock is in place to prevent the rack of pipes from rolling. But one day, the company used a plastic chock, which wasn’t strong enough to keep the pipes in the overloaded rack from breaking loose. When it broke, over 3,500 pounds of pipe dropped from 30 feet high. Charles saw these coming and tried leaping out of the way, but his right ankle, foot, and lower leg were crushed, his ribs were fractured, and his shoulder and elbow were torn.

His ankle needed reconstruction and a lot of hardware. He developed a staph infection requiring placement of a catheter line to supply continuous antibiotics. After six weeks, the line thrombosed, and he had to finish on oral antibiotics. He had more surgeries on his ankle and leg and extensive surgery to repair the tears and bone breakdown in his shoulder.

Charles could easily have died from this accident, and he relived it in his nightmares repeatedly. He required intense treatment for post-traumatic stress disorder.

Slowly, as his physical and emotional wounds healed, he started vocational retraining. Thinking he’d like to help others as he had been helped, he took classes toward a nursing degree. The classes spiked his anxiety levels, so he decided to serve people by doing something he’d enjoyed all his life: cooking! He’s now a sous-chef at Napoli’s Italian Eatery in Canton, a restaurant with hundreds of 5-star reviews.

Charles recently decided he wanted to put this chapter of his life behind him, so he closed his claim. Before he did, we obtained for him one of the largest safety violation awards possible. Charles never gave up. We are proud to know him and look forward to enjoying his excellent cooking on our next trip to Canton!