How We Helped Eileen Attain Financial Peace of Mind 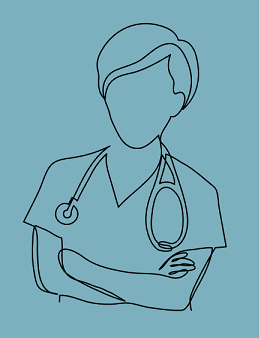 Gallipolis Developmental Center is a Medicaid-certified intermediate care facility for people with intellectual disabilities in Gallipolis, Ohio. Until significant employee layoffs were implemented by Governor Kasich a few years ago, it had a maximum patient population of over 1,500 people.

It is hazardous work for caregivers, and we represented many injured there, one of whom is Eileen H. who is an LPN. Eileen had five reported injuries over her years there. When she was snatched by the waist and hoisted up, she injured her shoulder and back as she tried to grab a chair for support. She wrenched her back when she was restraining a client who was repeatedly kicking her. Once, while bent over to give a client his medication, another patient smacked her upside the head. While providing post-hemorrhoid surgery treatment, another patient repeatedly hit her arm.

Finally, Eileen suffered sustained disc and spine injuries at multiple levels of her back. During the encounter that resulted in these injuries, a client kicked Elieen in the low back and hip over and over while a squad of nurses tried to restrain him. He actually tore off his toenail.

She tried going back to work about three months after this final injury, but she only lasted three weeks before her symptoms caught up with her. She had facet injections and again tried to work. After eight weeks, she had to stop again because of her symptoms and could never return.

Eileen was dedicated to her work and her patients, but both require nursing skills and a healthy body. Despite years of treatment, her injuries left her needing a cane to walk; even then, the Industrial Commission doctor said she could only stand/walk an hour a day, drive less than 15 minutes, and lift/carry 5 pounds only occasionally. Unable to stoop, bend, or climb, Eileen was discouraged — we both knew she couldn’t sustain employment. We persuaded her to file for permanent total disability after her many injuries.

Over the objections of the BWC and the employer, we convinced the Industrial Commission to grant permanent total disability. Although this doesn’t alleviate Eileen’s physical limitations, it helps provide financial peace of mind. We’re grateful to help our clients achieve that.