You know, there are people you just can’t get shed of—and wouldn’t want to! 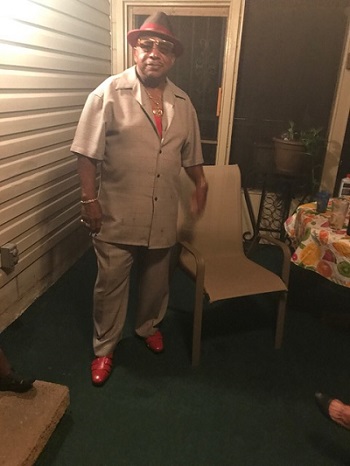 George “Uncle Benny” D. has been a client, off and on, for as long as I’ve been in practice. An over-the-road driver by profession, Benny’s first injury was with the now-defunct Signal Delivery. He had three injuries with them (1979, 1981 and 1982), treated, recovered and returned to work for several years before settling those claims, changing employers and then getting hurt twice within 9 months!

Although it’s debatable whether some people are merely accident-prone, it is clear some work is just inherently dangerous, and this is undoubtedly the case with truck driving. In 1995, Benny was getting out of his rig when his foot caught on the fuel tank, and he fell. As he grabbed onto the tank to break his fall, his foot remained caught, breaking his right ankle and snapping his ligaments.

Following surgery and several months of painful recovery, Benny returned to work. In September, as he was on the exit curve from I71 onto I270, his load shifted, and his tractor-trailer flipped over. He was pinned in the wreckage and lost consciousness. He awoke in the Grant Trauma Center, having been life-flighted from the accident. The most significant of his various wounds, eventually, was his closed head injury and post-concussion syndrome. These left Benny with seizures and black-out spells, both of which occur without warning.

Daily, debilitating headaches, occasional double vision, and sensitivity to light and sound, combined with the ongoing breakdown of his foot/ankle requiring several more surgeries, resulted in significant depression. Benny attempted vocational rehabilitation often, but his memory and concentration worsened. Formerly an avid pool player and bowler who loved entertaining family and friends, Benny lost interest in many activities he used to enjoy. Oddly enough, one activity he seemed to enjoy was attending hearings in his claim! Perhaps this was because it compelled him to get out of the house and permitted him to dress up. Benny has always been one of the most stylish men I’ve ever known—and it still makes me smile remembering how the ladies in the Industrial Commission hearing area noticed this sharp-dressed man!

Benny’s psychologist ultimately convinced him to file for permanent total disability. We had this awarded to him without the need for a hearing. I’m honored to know this man and humbled to have helped him secure his financial future.