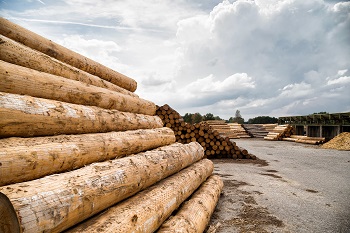 Harold W. of Pomeroy, OH, was 24 years old. Working as a laborer at a local lumber yard, he was feeding logs into a sawmill when one kicked back and hit him in the back, jamming him into a steel debarker. He was hospitalized at the VA hospital in Pomeroy and underwent emergency surgery for compression injuries of the abdomen, transverse colon, and small intestine mesentery, as well as a laceration of the cecum.

Following recovery from surgery and nearly two years off, Harold returned to work as a laborer, missing intermittently, for almost 20 years at salvage yards, gas stations, and a nearby power plant. He experienced persistent back pain after his injury and nearly constant intestinal issues that worsened with time. Ultimately, radiating pain in both sides of his groin and lower extremities, coupled with numbness, tingling, weakness, and instability of his legs, led to debilitating anxiety and the development of a stress disorder. This further reduced his capacity to work and increased his need for pain medication.

Harold completed the 10th grade before quitting school to make money. He later served in the United States Army and then 11 years in the Ohio National Guard before being honorably discharged. Having fought to return to work following his original injury (statistics verify that most people unemployed for more than a year after an injury never return to work), Harold was devastated when his doctor confirmed his injuries had worsened to the point where further work was impossible. He was declared permanently and totally disabled by the Ohio Industrial Commission, which found that his physical and emotional limitations, coupled with his age, education, and previous work experience, prohibited him from engaging in any sustained work activity.

As Harold also receives a VA pension and other access to medical care, he settled his workers’ compensation claim after PTD was awarded so that he could have money to send his two honor-roll children to college.