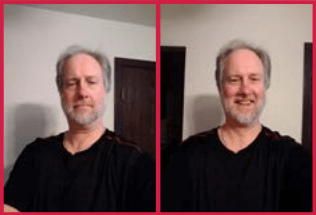 In classic Andy fashion, when Wilma called him to make sure it’d be okay to feature him in our newsletter, Andy suggested I start with the heading, “Look at this S.O.B. I had to defend!”

Actually, it’s an apt headline … that is if by S.O.B. we mean “still optimistic, bro!”

Just after Thanksgiving, Andy passed 20 years since his injury. And, oh, what an injury it was! Working as a water service technician (what he calls a “glorified plumber”) doing industrial-based water treatment, Andy was getting into his work van when he slipped in mud, did the splits, and twisted his right knee. Little did he imagine how well-acquainted he’d become with hospitals and doctors. He had eight surgeries on his knee, none of which were very helpful. His surgeons told him he had the worst knee they’ve ever seen. After developing reflex sympathetic dystrophy of his right leg because of the original injury, his doctors tried a spinal stimulator, but it didn’t reduce his pain.

Since his injury left him unable to bear weight on his right leg, drive, or walk without crutches, Andy’s employment options were limited. Still, he attempted vocational rehab six times! Each time, the Ohio Bureau of Workers’ Compensation concluded it wasn’t feasible to retrain him. This is a hard blow for someone at any age, let alone someone disabled in their mid-30s.

After all this, Andy remains positive. Though he can’t get around by himself, his delightful ex-mother-in-law, Midge, helps him to and from appointments and with running errands. He’s able to connect with others through social media and shares his apartment with an ornery cat. Wilma calls him periodically to check how he’s doing.

He sent us several photos to include with his story. I’m including two — see if you can figure out which is which. The first he captioned, “Confused or smoldering? You be the judge!” Of the second, he says, “Happy because I don’t know any better!”

All I can say is that “we like our Andy very much!”