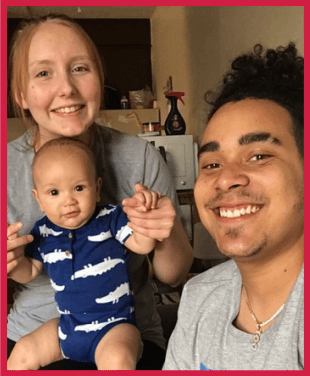 Over the years, I’ve represented people with all kinds of injuries: back, neck, and shoulder injuries from lifting or falling; head injuries from falls; horrible hand and knee injuries; terrible burns; and nails in eyes.

One of the most horrendous cases I’ve seen in 34 years of practice (dang, that’s a long time!) involves Westin K., a young man from Lancaster, Ohio. Westin worked the usual part-time jobs while in high school (Waffle House, McDonald’s, Subway). After graduating in May 2018, full of the promise of a great new job in California working with some relatives, Westin and his fiancée, Grace, moved west. Westin and Grace met at the career fair at Lancaster High School during their junior year and have been inseparable ever since.

We all know that, sometimes, opportunities seem full of more potential than they actually turn out to have (especially when we’re young, I think). Also, family can sometimes paint an overly rosy picture. It turns out the relatives really just wanted Westin and Grace to move out to California with them — the job didn’t exist.

California is a very expensive place to live. Learning this and also that Grace was pregnant with baby Miles, the kids moved back to Ohio to be near family and friends. Embracing his role as provider for his future wife and child, Westin got a good-paying job with Rumpke as a loader. These guys leap off the truck to grab the trash and heave it into the back. He logged 73 hours Thanksgiving week alone. A week later, as he leapt out, the driver didn’t stop in time. Westin’s right foot was sucked under one of the huge tires and crushed. The back of it was actually ripped off.

Westin spent the next two months in intensive care at Riverside. Amazingly, though the doctors initially thought they’d have to amputate his foot, they were able to reattach the dangling heel. He’s had 12 surgeries so far and has a couple more coming soon to “debulk” the flap. He has had to learn to walk again and wears what reminds me of Frankenstein’s boot for the right foot. Still, he’s gradually been easing back into the workforce: first at Goodwill, then YMCA, and now Habitat for Humanity. He hopes to return to Rumpke next year.

I mention Westin for a couple reasons. The first is that we just went through hearings to set his wages. Since he was in high school half of the year prior to his injury and working only part-time jobs, Rumpke set his wages at a generous $80.26 per week then increased it to $155.90. We filed a motion to have his wages (which governs the payments under the life of the claim) set at what he was earning at Rumpke. Incredibly, the first Industrial Commission hearing officer thought anything over $262.18 per week would be a “windfall” to Westin and unfair to poor old Rumpke. Happily, on appeal, the next hearing officer agreed with us that Westin’s wages should be set at what he was earning at Rumpke. This means Westin can provide for his family when he has to go off work for future surgeries.

The second reason I share Westin’s story is because of his attitude. This young man has maintained a positive attitude throughout his ordeal, even when he thought he’d lose his foot. His face lights up when he talks about Grace and baby Miles. He’s always got a smile on his face and is truly an inspiration for anyone going through very difficult times. I just wanted you to meet him.