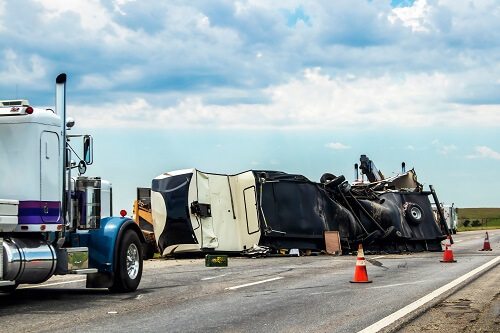 Our buddy, Paul D., has been with us for nearly 17 years. He was a truck driver for the now-defunct AT Xpress when a city trash truck hit black ice and T-boned him. His truck flipped and was totaled.

Paul was 32 when he got hurt and was referred to us by his uncle, Benny (who was featured in our November 2018 newsletter).

A Mifflin High School graduate, born and raised in Columbus, Paul’s injuries were severe: he herniated discs at several levels in both his neck and low back. As a dad of two young sons and a daughter, his injuries affected his ability to play with his children and be the “wrestling-on-the-floor-with-your-kids” kind of dad he had been. Following years of failed treatment, Paul still has pain every day — he feels he’s failed his family by being injured. While the accident wasn’t his fault, his injuries left him depressed and worried about his family, the future, and bills. Many of you reading this, having also had severe injuries, can relate to those feelings of worthlessness and “life wasn’t supposed to be this way.”

Paul went through years of therapy, injections, counseling, and rehab. Still, he never got to where he could return to work. Granted Social Security disability, which is difficult when you’re still in your 40s, Paul filed for permanent total disability under his claim. An industrial commission specialist agreed with permanent total disability. After we ran the numbers, we suggested Paul might settle his claim and he agreed.

While he will live with the residuals of injury and the pain will never resolve, Paul relaxes by reading, walking, and listening to music. 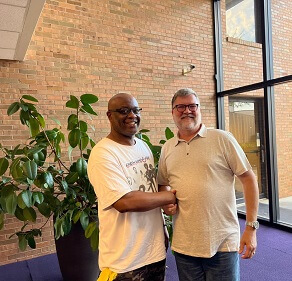 Plus, his children are now grown and have kiddos of their own: Paul has five grandchildren he gets to enjoy, encouraging them to fall in love with his Dallas Cowboys and New York Yankees (Wilma agrees with him 100% on this!).

We are grateful for our long-time clients. Paul’s been through a lot and we’re glad to have been there with him, earning his trust and helping him along the way.