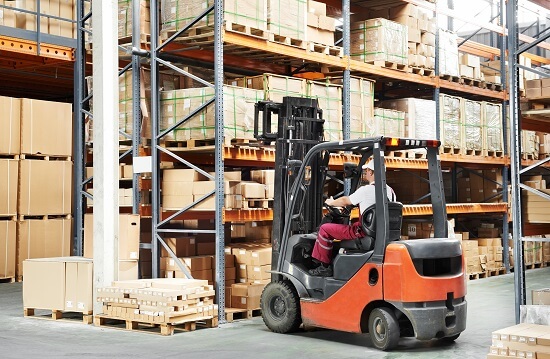 Our client and friend, Justin A., is Ohio through and through. Born in Lancaster, he was raised in Bloomingville, just south of Logan, in the heart of the Hocking Hills.

Always fascinated by cars and working with his hands to tear things apart and put them back together, Justin studied auto mechanics after high school. Though he’s done stints as a chef and pipe fitter, he’s drawn to work around cars and machinery.

Working in the warehouse at Limited, he was driving a standup forklift down an aisle when a box sticking out caught his pallet. The forklift smashed him between it and boxes, rupturing a disc in his mid-back.

Justin is a young guy, in his early 30s, raising his active 8-year-old son by himself. As with the rest of us, he didn’t count on an injury keeping him off work for two years. After lots of treatment, including therapy, injections, and medication, his back still isn’t the same. But, knowing he wanted to set an example for his son you get back up when life knocks you down, he got a job with Tuffy as a mechanic. It’s actually lighter work than what he did before, but it’s working with cars and technology, something Jason loves. When Justin had to call in from work for recent hearings, we could hear the pneumatic drills in the background!

Justin recently settled his claim. He loves his job, spending time with his son and—you could’ve guessed it—tinkering around in his garage! 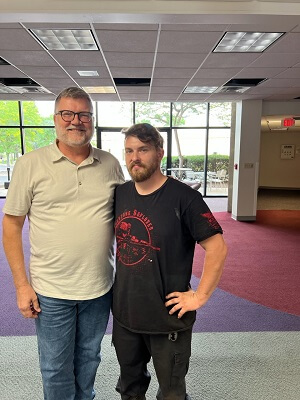 We all know it’s hard to keep going when we’re hurt. We are fortunate to represent so many folks who refuse to let their injuries define what they do and who they are. Justin is one such person and we’re honored to know him.