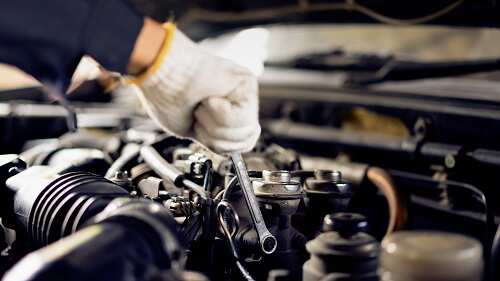 Gosh, I’ve gotten old! I don’t often see it day to day, even when I look in the mirror at my gray beard—I mean, it’s been gray for years now, no doubt starting when I had children! When I really realize it, though, is when I look back on just how long I’ve known some of our clients. Gosh, I’ve represented some folks since even before my kiddos came along!

Dennis is one of you “long-timers”. He worked at Honda for 31 years and I’ve represented him for 30 of those! Born and raised in Springfield, he’s been married to Deborah for 30 years (so we know Dennis is smart in picking his bride AND his attorney). They have 3 kiddos and 3 grandchildren.

His first injury at Honda was in 1992 when he herniated a disc in his low back. He ultimately returned to work and almost made it just over 11 years before twisting his back pulling a frame while working the motorcycle assembly line. This time, he herniated two more discs in his low back. He was off work for about a year because of this injury and had 6 months of physical therapy treatments that included spinal decompression.

His radiating pain and numbness/tingling into the leg required ongoing medication. They resulted in some work restrictions, but he soldiered on another 11 years before rupturing his left rotator cuff and then developing flow-through problems with his right shoulder. 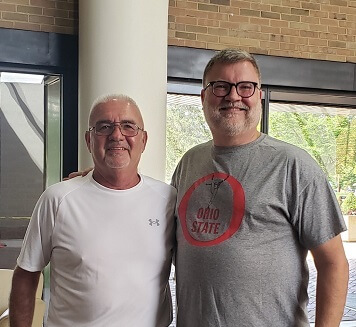 Finally, after getting enough time in, and with his injuries slowing him down, Dennis said “No Mas!” and retired a few years back. Although still receiving treatment, he decided to close his claims. Still a car guy, Dennis loves working on hotrods. He and Deborah enjoy traveling to Myrtle Beach and spending time with the grandchildren.

I don’t know that either of us figured the time would go by as quickly as it has… and, other than our dad bods, I think we still look pretty good… although it may be time for my annual eye exam! Hahaha!