Are You An Employee or An Independent Contractor? 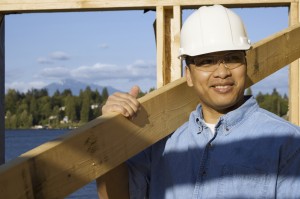 Why would an employer do this? Well, as employers are typically assessed workers’ compensation premiums based, in part, upon the number of injuries their employees sustain, the determination whether an injured worker is considered an employee or an independent contractor can make a huge difference in the business costs. It can also make all the difference in the recovery available to the injured worker. Someone injured on the job deemed an independent contractor and who hasn’t obtained his/her own workers’ compensation coverage can be left with no income while off work and recovering and a mountain of medical bills.

It’s perhaps understandable from an economic standpoint that some companies attempt to characterize their employees as independent contractors. Roofers, tree trimmers and trucking companies, in my experience, often try this approach. But merely calling someone an independent contractor doesn’t mean they are–as the saying goes “just ’cause a cat has kittens in the oven, that don’t make ’em biscuits!”

How can we tell the difference between an employee and an independent contractor? In Ohio, the principal test devised by the Ohio Supreme court for determining the legal status of the employment relationship originated in Gillum v. Indus. Comm., 141 OS 373 (1943), which stated:

Whether one is an independent contractor or in service depends on the facts of each case. The principal test applied to determine the character of the arrangement is that, if the employer reserves the right to control the manner or means of doing the work, the relation created is that of master and servant, while if the manner or means of doing the work or job is left to one who is responsible to the employer only for the result, an independent contractor arrangement is thereby created.

In shirt-sleeve English, this means that the most important element to consider is the control the employer exercises over the individual.

These factors strongly indicate that the worker is an independent contractor:

Not one factor is conclusive–the totality of the circumstances determines the relationship. And the law presumes an employer/employee relationship absent these enumerated factors. The independent contractor relationship is special and is not readily found to exist.

If you are injured on the job and your employer tries to label you as an independent contractor, it may be worth your time to consider these factors to determine whether you’re a kitten or a biscuit, figuratively speaking.