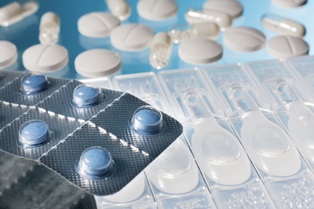 Traumatic brain injuries (TBI) are one of the leading causes of death and disability in the U.S., according to the Centers for Disease Control and Prevention (CDC). In 2013, there were 2.5 million emergency department visits for TBIs. A study published that same year in the Journal of Occupational and Environmental Medicine named TBIs as one of the most “common, costly, and disabling occupational injuries.” Unfortunately for the millions who suffer this injury, treatment options are limited, and much about the brain and its function remains a mystery to doctors and researchers. A recent study from Rutgers University, however, indicates that using lithium treatment may provide effective protection for those who experience a TBI.

What Is a Traumatic Brain Injury?

A traumatic brain injury is defined by the CDC as a bump, blow, or jolt to the head that disrupts the normal function of the brain. A TBI can range in severity from mild to severe and includes such injuries as:

Unfortunately, work-related brain injuries are common and occur across all professions—even those that are "safe". The Bureau of Labor Statistics reported more than 91,000 job-related traumatic head injuries in 2015. Some of the common causes of TBIs on the job include:

Complicated Symptoms and Treatments for a TBI

Both diagnosing and treating a TBI can be difficult, as the injuries can present in a wide variety of symptoms. Even those who suffer similar injuries can experience different side effects. In addition, symptoms can continue to appear days, weeks, and even months after the injury. While no two cases are identical, some common symptoms of a TBI include:

Only a medical professional can determine the extent of a brain injury, based on a physical exam and imaging tests. Even once the injury has been diagnosed, treatment options can also vary. Very mild TBIs may require no treatment beyond a period of rest. For more severe injuries, diuretics, anti-seizure medications, induced coma, and surgery may be necessary. All these options, however, focus on alleviating symptoms and dulling pain.

To date, little has been discovered to help prevent further damage in the brain. Often, once cells are damaged, they may continue to deteriorate as chemicals released during the injury build up to toxic levels. Researchers at Rutgers University, though, say they think that the drug lithium may be an effective tool in stopping that dangerous process.

Lithium is a mood stabilizer that affects the flow of sodium through nerve and muscle cells. It is most commonly used to treat bipolar disorder and serious depression. Researchers recently found laboratory evidence that lithium, used with the immunosuppressant rapamycin, protects brain cells. According to the study, the drugs stopped the signals of the chemical glutamate between cells and prevented further cell damage and death.

Scientists at Rutgers say future research will examine the efficacy of lithium and rapamycin in both animals and humans.

If you or someone you love has suffered a TBI while on the job, you may be facing a difficult and uncertain future. Workers’ compensation benefits can help you obtain the medical care and wage replacement your family needs, and the attorneys at Monast Law Office may help. Take a moment to fill out our online contact form, and you will hear from a member of our team who can answer your questions today.