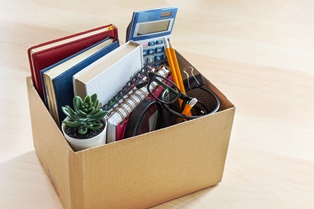 It’s hard to conceive of a bigger hot button issue in Ohio workers’ compensation over the past few years than voluntary abandonment of employment. It is a concept that has continued to evolve and expand as employers come up with new and creative arguments attempting to deny payment of compensation for work-related injuries. Some arguments have succeeded, others have not. The latest wrinkle comes in new legislation as of September 15, 2020, that codifies—or puts into law—what has always been a doctrine based on case law.

What Is Voluntary Abandonment?

Let’s back up a little bit. "Voluntary abandonment” is a defense raised by an employer or the Bureau of Workers’ Compensation (BWC) to an injured worker’s claim for temporary total disability compensation (TTD) or permanent total disability compensation (PTD). Until recently, this defense was not mentioned in the statutes (Ohio Revised Code) or rules (Ohio Administrative Code) governing workers’ compensation in Ohio; rather, it was a court-created defense to an otherwise valid claim for compensation. Judges’ decisions in these hearings were based on previous decisions, rather than on a specific legal statute. That has all changed with the passage of House Bill 81 in 2020.

Generally, voluntary abandonment occurs when an injured worker actually quits or walks off the job for reasons unrelated to the industrial injury or when the worker is fired by the employer for violating work rules. Specifically, the voluntary abandonment defense may be raised when the injured worker violates a written work rule that clearly defines the prohibited conduct, that the worker knew (or should have known) about, and that the employer had identified as a dischargeable offense.

The overall issue in the first scenario is whether the injured workers’ disability results from the allowed conditions in the claim or an unrelated cause. If it results from the on-the-job injury, then the employer and/or BWC have no defense. However, the battle is joined if there’s evidence that the disability is unrelated to the industrial claim.

Voluntary Abandonment and Your TTD or PTD Benefits

While these cases will now be decided based on the new statute, it is not yet clear how judges will rule. Because the new statute is worded in broad and vague terms, decisions will continue to be made case-by-case .

Employers and the BWC will continue to use creative arguments to show that claimants should be stripped of benefits because they left their jobs. Over the past 20 years, there have been literally hundreds of cases brought before the state appellate courts and the Ohio Supreme Court. There is no reason to believe this will change.

The stakes are high: if an employer establishes that a claimant voluntarily abandoned his/her employment, then TTD and/or PTD compensation is not payable. Even if the injured worker requires surgery for allowed injuries and experiences a lengthy recovery period, compensation for the time off work is not paid (medical bills are still payable).

The standard governing voluntary abandonment also differs in claims for TTD versus those for PTD. In the former, if the claimant re-enters the workforce, s/he is again eligible for compensation if the allowed conditions render her/him disabled while s/he is working. In the latter situation, a finding of intent to abandon the workforce precludes payment of PTD.

Monast Law Office Is on Top of These Changes

The new statute does not actually use the term “voluntary abandonment,” but make no mistake—this defense is here to stay. In the past, a voluntary abandonment defense typically resulted in contentious hearings, appeals, and even court challenges. The new statute does nothing to change that and may make it even harder for workers to get approved for TTD and PTD. If you have any indication that your employer or the BWC may raise this as a defense in your claim, strongly consider consulting with an attorney. The financial implications of a voluntary abandonment defense succeeding against you in your claim can be huge!