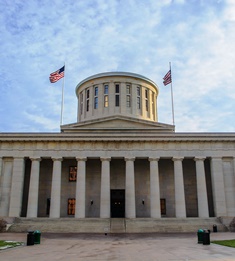 Collecting workers’ comp benefits after leaving the job where you were injured or contracted an occupational disease has always been problematic in Ohio. House Bill 81, which goes into effect on September 15, 2020, probably won't change that even though the intention is to replace 35 years of case law regarding voluntary abandonment with a specific statute.

What Is Voluntary Abandonment?

Previously, if you sought or were awarded temporary total (TTD) or permanent total disability (PTD) after a work-related accident and then retired, quit, or were fired, your employer would most likely launch a voluntary abandonment defense. This defense says you shouldn't be paid because you left the job for reasons unrelated to the injury.

If you were smart and hired an attorney, s/he would get to work proving that your disability resulted from the allowed conditions in the claim. The judge would base his or her ruling on the court’s past decisions.

Now Judges Will Rule Based on the New Statute

The new law “codifies” the voluntary abandonment doctrine—meaning it is now a specific statute, not based on case law—and says the regulation will supersede any previous judicial decisions. The new statute states:

At the end of the day, it comes down to causation. If you pursue TTD benefits, you must prove you would be working if it wasn’t for the allowed conditions, and that you intend to return to work when you're able. For PTD, you must prove the allowed conditions are keeping you permanently out of the workforce. If your employer can establish that something else is to blame, it will.

How This Will Pan Out Is a Big Unknown

It's hard to know how the Industrial Commission and courts will rule in these cases. I suspect that fleshing out the bones of these changes will be a source of ongoing litigation. In the end, we may say, along with Pete Townshend, “Meet the new boss, same as the old boss."

The new law applies to any claims pending on September 15, 2020, and new claims made on or after that date. The good news is, as confusing as these changes are, you don’t have to figure them out on your own. If you're already a Monast Law Office client, you know we'll take care of you. If you're not, contact us to discover how we can help.