What Qualifies As An Occupational Injury? 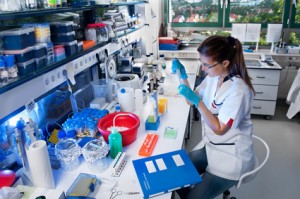 Ohio recognizes workers’ compensation claims both for on-the-job injuries and occupational injuries or disease. The term “Occupational Injury” would typically refer to the work-related injury or death, although it may also cover an occupational disease.

Work injuries run the gamut from steel shavings in the eye and cut fingers to herniated discs in the back or neck, from bee stings to amputations of arms, legs or hands, even death. In Ohio, workers’ compensation claims may be filed for any injury, whether caused by external accidental means or accidental in character and result, received in the course of, and arising out of, the injured employee’s employment.

“Injury” does not include psychiatric conditions unless the conditions have arisen from an injury or occupational disease nor does it include injuries or disability caused primarily by the natural deterioration of tissue, an organ, or part of the body. Also excluded are self-inflicted injuries and those resulting from horseplay instigated or joined in by the employee, and injuries incurred during voluntary participation in an employer-sponsored recreation or fitness activity if the employee signs a waiver of his/her right to compensation or benefits prior to engaging in the recreation or fitness activity (for example, the company softball or bowling team). This is the only situation where an employee may waive the right to recovery for a work injury as such waivers are generally invalid.

Obviously, there’s lots of room for argument when determining whether an injury is, for example, “caused primarily by…natural deterioration”, a psychiatric condition arises from the injury or occupational disease and who initiates or continues with on the job horseplay. To contest compensability of a claim, an employer or the Bureau of Workers’ Compensation may raise these issues as a defense. This may be done through statements obtained from co-workers, ergonomic analysis of the work setting and/or defense doctors hired to “review” the medical evidence. A determination by the employer, whether State-funded or Self-Insured, or by the Ohio BWC is not necessarily the last word. Claims denied by the employer or BWC may be appealed to the Industrial Commission to be scheduled for a neutral hearing to determine whether a claim is work-related and compensable.

The term “Occupational Disease” generally refers to a condition contracted during employment but refers to more than respiratory conditions such as berylliosis, silicosis, coal miners’ pneumoconiosis and asbestosis. Carpal Tunnel Syndrome, epicondylitis (“tennis elbow”), tendinitis, cubital tunnel syndrome and other repetitive strain injuries are also examples of occupational diseases that Ohio recognizes as valid workers’ compensation claims. Some conditions such as carpal tunnel syndrome may develop either as an occupational disease or as the result of traumatic injury.

Instead of distinguishing between occupational disease and injury, either of which might be compensable, the focus in hearings about occupational diseases is often on whether a particular disease is compensable or non-compensable. For a disease to be compensable, the employment must involve a peculiar risk different in character from that to which the public and employees are commonly exposed. Many a hearing is held to determine whether an employee’s job conditions and work activities result in such “peculiar risks”.