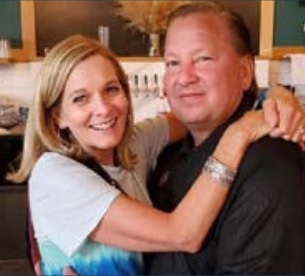 Who’d guess the dangers associated with working in a dental office? Lurking beneath the peaceful veneer of Muzak, old magazines, and neutral-colored walls is a veritable cornucopia of ways to get hurt!

When I was a kid in Joplin, Missouri, I had a very nice dentist, a young guy named Dr. Vincent. Unfortunately, because every dental visit for me seemed to result in fillings requiring shots of Novocain, I was sometimes a difficult patient. Specifically, I was so afraid of the shots, I’d squirm around. To be blunt, I was more like the Tasmanian Devil in the old Bugs Bunny cartoons. One visit, I wriggled around so much that nice Dr. Vincent injected his own hand with the needle — and then he wasn’t so nice. I moved not a muscle the rest of the visit. [True story: My mother hated the needles so much she underwent root canals and other dental surgery without anesthetic! I’ve mentioned before she was one tough Dutch bird!] But these are small things compared to what Kathryn went through.

Our lovely client, Kathryn, was raised in Centerville, Ohio. She went to THE Ohio State University and graduated as a dental tech. These are the people who perform much of the hands-on work with patients in a dentist’s office. She was with the same dental office for 22 years in Columbus and well-loved by patients and staff alike. In February 2019, Kathryn was taking oral X-rays when she tripped over a suction hose line. She tried to catch herself with her hands and ended up with a fractured elbow and wrist, and other injuries to her knee and shoulder.

Within three weeks, she underwent her first surgery involving lots of pins and screws to piece her elbow and wrist bones back together. She later developed carpal tunnel syndrome from her work injury requiring a surgical release followed by physical therapy and work hardening. Her work is very dependent on fine motor skills and endurance as she has to manipulate small tools in people’s mouths. Unfortunately, her grip strength and wrist mobility didn’t return, nor did the pain ever completely resolve.

After nearly three years of treatment, vocational evaluations, and consideration of additional surgery, it became clear Kathryn couldn’t return to the type of work she had enjoyed for all these years. It was through this work that Kathryn was first introduced to her husband, Joe. His sister-in-law just happened to be Kathryn’s patient (I know this sister-in-law and she is a delightful lady, too!) Kathryn recently decided to settle her workers' compensation claim. While this will permit her to spend more time with Joe (who, as Wilma observed, looks quite a bit like a young William Shatner!), their children, and grandchildren, it’s hard leaving a place you’ve been, and people you’ve known, for so long.

The folks I’ve worked with in health fields so often enjoy helping and connecting with their patients … and this describes Kathryn to a T! She’ll miss her work, but with her positive attitude, we know she has lots of happy times ahead. We are glad to know her!