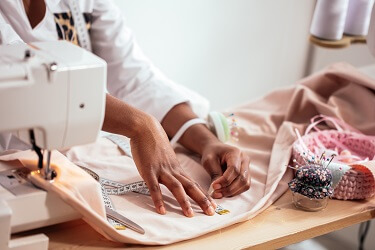 One of the first clients I had after leaving the Bureau of Workers’ Compensation and going into private practice was Ellen Arnetta Davidson. I like saying her full name because it’s memorable, as is she. Ellen was a school bus driver who also made beautiful wedding dresses. She told me that the first time I met her, as I was getting married and so was her daughter. Ellen was sewing her daughter’s gown. She showed me pictures of it — stunning! People who sew well are creative artists. I can barely sew a button on a shirt!

Ellen loved to dance, skate, bowl, camp, and fish, and her job history was as varied as her interests. After going to night school, she worked as a billing clerk for a furniture business; at Wonder bakery, as a restaurant cook, manager, and bookkeeper; as a supervisor at Ohio MR/ DD; and, finally, as a bus driver for Columbus Public Schools.

Bus driving involves a lot more than I ever realized as a little twerp riding the bluebird of happiness in Joplin, Missouri. Bus drivers do more than steer. They keep the buses clean, check and refill the fluids, inspect the tires and lights, and help lock down the wheelchairs of disabled students. They’re often encouragers, bringing a big smile on the way to school in the morning and back home in the afternoon. They do a lot more, too, and sometimes it’s hazardous. Over the years, Ellen slipped on ice several times during bus inspections and hurt her knees, shoulder, and back. She also tore her meniscus while pressing on a stubborn gas pedal. After several surgeries, post-op therapy, and returning to work, she underwent bilateral knee replacements. Still, Ellen was left with burning pains in her legs from her back injuries and has limited use of her left arm and shoulder.

The Industrial Commission agreed with us that Ellen could no longer work and granted her lifetime permanent total disability benefits. Although obviously prevented from enjoying her pre-injury active lifestyle, Ellen retains a positive outlook and has fond memories of her many students, all now grown. When I talk with her, she’s still such a happy person, and I can’t help but think back to those days when we were both a lot younger, with weddings of my children and the births of grandchildren years later.