I was told that workers’ comp would not cover my injuries because of the way they occurred. Is this true? 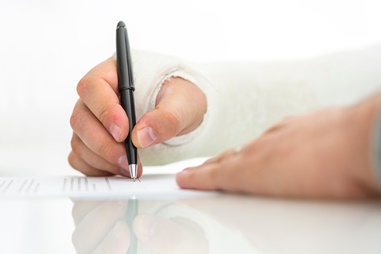 Workers’ comp is an insurance program that covers any work-related injury or occupational illness, regardless of how it happened—with a few exceptions. If you were injured in a fight at work or while playing softball with co-workers, for example, you might be told that you can’t file for workers’ comp. However, there are always exceptions to these rules, which is why it’s important you talk to an Ohio workers’ comp attorney before accepting your employer’s assessment of the situation.

Because worker’s comp is a no-fault system, it doesn’t matter whether your own mistake or an employer’s oversight caused your accident—either way, you would be covered. However, this is only true if you were engaged in work duties at the time of the injury, so it is to your employer’s advantage to claim you were not doing what you were supposed to be doing when you were hurt. If you were playing around or off-task, your injury claim would be disputed. However, that doesn’t mean your claim is dead. Sometimes, there are exceptions that a lawyer can help you overcome. For example:

The point is, these arguments might defeat a claim, but there are often exceptions. That is why it is helpful to contact a workers’ comp attorney if you find yourself in such a situation.

Other Types of Injuries That Are Sometimes Exempt From Workers’ Comp

Aside from engaging in questionable activities, other types of incidents fall into gray areas. These include:

These situations aren’t always clear-cut. If you think your travel injury or illness is work-related and should be covered, contact an attorney for more information.

When Do You Need a Lawyer?

If you have read this information and think your injury or illness should be covered despite what your employer has told you, contact Monast Law Office to get your specific questions answered. We will take on the tough cases, and we want to hear your story. Learn more by requesting a free copy of our book, The Worker’s Guide to Injury Compensation in Ohio, then fill out our online contact form or call our Upper Arlington office at 614-334-4649 to get started.