What is the Ohio Disabled Worker Relief Fund? 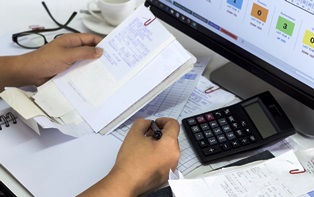 In Ohio, when a worker is awarded permanent total disability (PTD) status, he isn't expected to return to work. Along with paying medical bills associated with the illness or injury that caused the disability, the worker is also entitled to wage replacement benefits from the Bureau of Workers’ Compensation (BWC) or his self-insured employer. These benefits are calculated based on the worker’s earnings before the injury or illness and never increase as the years go by since compensation rates are governed by the year of injury.

As such, they don't adjust for increases in the cost of living and the injured workers' earning power diminishes as time goes by.

If the PTD amount falls below a certain level, the worker may qualify for a cost of living adjustment in the form of supplementary benefits from the Disabled Worker Relief Fund (DWRF).

For example, if the worker was earning $1,200 a week at the time of his injury, he would get $792 in workers’ comp benefits. However, the BWC also sets a minimum benefit payment based on the cost of living, so if a worker was earning less than a certain amount during his disability, he would be given supplemental income from the DWRF. In 2018, the minimum wage replacement benefit is $466. If 66-2/3rds of the workers’ weekly earnings is less than $466, he should get additional money from the DWRF.

All Applicants Are Automatically Considered for DWRF Benefits

Low-income workers granted PTD status need not apply for DWRF benefits. If their income is determined to be below BWC minimums, they should automatically qualify for the supplemental income. However, if an injured worker isn't granted DWRF benefits and believes he should have been, the BWC decision can be appealed.

The Monast Law Office May Be Able to Help

If you believe you should have received supplemental income—or you're struggling with the workers’ comp application process in another way—the Monast Law Office may help get the benefits you deserve. You shouldn't be made to feel like you've done something wrong because you were injured on the job. Call us to discuss your situation today. If we can help, we will.