Was Your Heart Attack or Stroke Caused by Unusual Stress at Work? If So, You May Qualify for Workers’ Comp 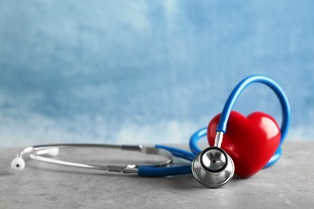 The workers’ compensation system in Ohio is intended to cover medical expenses and lost wages when you're injured on the job or become ill due to workplace conditions.

The key to a successful workers’ compensation claim is connecting the illness or injury directly to your work duties.

For example, if you slip on the factory floor at the Honda plant and break your hip, your injury should be covered.

If you developed occupational asthma after years of breathing in organic dust at the Anheuser Busch Brewery, your illness should be covered.

However, if you have a heart attack or stroke at work, you'll have a much more difficult time proving you should qualify for workers’ comp benefits.

What You Need to Prove

However, if something unusual happens— you are attacked by a customer and later have a heart attack, or you're forced to work in extreme heat and suffer a stroke—you may have a good case for compensation.

When a Heart Attack or Stroke May be Covered

While heart attacks and strokes can be unexpected events with little warning, the causes may have been building for many years. People with high cholesterol, high blood pressure, diabetes, and obesity—particularly those who are also smokers—are at high risk of suffering a heart attack or a stroke.

These medical emergencies can be caused by any of the following:

Again, the key in Ohio is the work activity or situation that caused the heart attack or stroke is not part of the worker’s ordinary duty. This distinction may not be easy to make, and you'll likely get pushback as you try to make your case.

You Will Need an Attorney to Argue Your Case

I’ll be straight with you—it’s very tough to get a heart attack or stroke covered by workers’ comp in Ohio, but it’s not impossible.

In the meantime, to learn more about workers’ compensation in Ohio, download my free guidebook. You'll find answers to many of your questions in it, and I'm happy to answer the rest!