Considering Using Medical Marijuana? You Should Understand the Implications for Ohio Workers’ Compensation 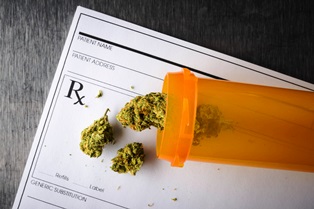 In September of 2018, Ohio joined the ranks of 45 other states that allow legal marijuana use. Here, laws allow doctors to prescribe certain types of marijuana to patients for qualifying medical conditions.

However, the Ohio Bureau of Workers’ Compensation (BWC) hasn't changed its position on marijuana use by employees. The BWC, like the federal government, still views marijuana in all forms as a Schedule I illegal drug.

Therefore, it doesn't cover the cost of a prescription for medical marijuana, and may not cover an injured worker using marijuana at the time of his workplace accident.

When You Might Be Prescribed Marijuana by a Doctor

Under legislation passed by the Ohio General Assembly in 2016 that went into effect on September 8, 2018, using marijuana is permissible for specific medical conditions when prescribed by a doctor and when particular procedures are followed.

The only legal forms of the drug are edibles, oils, patches, plant materials, and tinctures. Smoking marijuana isn't permissible under the law. Certified physicians may prescribe marijuana for a condition that causes chronic and intractable pain, and:

Only a few conditions are likely to be linked to exposure in the workplace or an on-the-job accident—possibly a TBI or spinal cord injury, along with other causes of chronic pain. But even if the link can be made to the workplace, the BWC won't approve coverage of medical marijuana as a treatment. Under Ohio law, the BWC can only cover drugs approved by the Federal Drug Administration (FDA) for medicinal purposes, and marijuana isn't yet FDA-approved.

Drug Use Is Grounds for Denial of a Workers’ Comp Claim

Even if you have one of the above conditions and a legitimate prescription for medical marijuana, if you're injured at work while taking the drug, the BWC may assume you were impaired and could deny your claim for workers’ compensation. Because the chemical believed to have medicinal properties, TCH, is also the mind-altering ingredient in marijuana, medicinal users have a hard time arguing they weren't impaired by the drug.

Also, your employer most likely has a drug-free workplace policy that prohibits the use of marijuana for any purpose. Violation of workplace rules also helps to deny a workers' comp claim.

So, What Should You Do?

If you're collecting workers' compensation for an on-the-job injury and your doctor believes you could benefit from medical marijuana, be aware your workers' comp benefits won't cover the cost. If you have a qualifying condition and are considering taking the drug so you can continue to work, discuss the implications with your employer, as it may be against its policies.

In the event you're using medicinal marijuana at work and have an accident, you'll likely not be approved for workers' compensation because of it. The BWC will grant coverage of specific alternative medicine treatments such as acupuncture and massage, but not marijuana.

When to Call Monast Law Office

Even an Ohio workers' compensation attorney with over 25 years of experience like me won't be able to help you get BWC approval for medicinal marijuana, or help you get workers’ comp if you're injured while under the influence.

However, you don't deserve to be treated like a criminal for merely trying to find relief from a chronic condition. If you're struggling with a work-related illness or injury, download my free book, The Workers' Guide to Injury Compensation in Ohio. Then contact my office for a personalized assessment of your claim.

Until federal laws change, we won't be able to help you with a medical marijuana claim, but we may help get the workers’ compensation benefits you deserve.