Can You Sue Your Employer After a Work Injury? Discover Your Legal Options 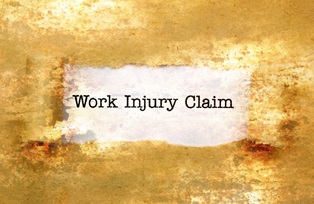 Before the workers’ compensation system as we know it today was adopted, the time after a work injury was stressful and costly for both the injured worker and the employer. Employees were left struggling to obtain care for their injuries while remaining financially stable. Employers were increasingly facing litigation that drained resources and consumed significant time. Workers’ compensation aimed to find a mutually beneficial arrangement that would help both sides transition smoothly. The result was two of the main tenets of the system: employees can obtain benefits regardless of fault, and employers are typically protected from being sued by the injured worker. This protection to employers applies whether or not employees file a workers’ compensation claim.

Holding Your Employer Accountable for a Work Injury

Ohio Revised Code specifies certain conditions that must be met to pursue an intentional tort against an employer:

Intentional Torts in Ohio Are Extremely Difficult Cases to Win

Though these are the stated laws, they provide employers with immunity because injured workers bear the burden of actually proving specific intent to injure. They must show that an injury was purposeful or “substantially certain” to occur. They create a standard nearly impossible to meet. Over the past five years, several notable intentional tort cases have been heard by the Ohio Supreme Court and they were overwhelmingly decided for employers. Ohio's legislative system takes a strict stance on intentional torts, and court rulings clarify that the workers’ compensation system is the way for workers to obtain medical care and compensation after an injury.

Deliberate Injury and Suing Your Employer

The second situation mentioned in the law recognizes instances in which employers might purposely remove safety guards from work equipment or lie about the dangers of a toxic substance. These are two specific situations in which an employee could pursue litigation, though the employee would again have to provide proof of the employer’s behavior.

Other Third-Party Claim Options After a Work Injury

It may not be the employer that an injured worker may want to hold accountable, but another third party. Third-party liability claims exist when someone other than the employee or employer is responsible for the worker’s injury. Some common examples of third-party claims involve:

In these cases, it is possible to obtain both workers’ compensation benefits and pursue a legal claim against the third party. Your employer or the Ohio Bureau of Workers' Compensation (BWC) may want to recoup some of their expenses should your case against the third party result in an award. This is known as subrogation, and employers and the BWC have the right to be paid back what they provided for medical care and wage replacement.

It's difficult to know just who can be held accountable for your injuries and what the best method for pursuing compensation may be. At Monast Law Office, our experience can help you understand your rights and find the most effective way to move forward after a work-related accident or injury. Our legal team will learn more about the details of your case and work with you to ensure you can obtain the maximum compensation possible. Call our Upper Arlington law office at (614) 334-4649​ to schedule a free, no-obligation consultation.