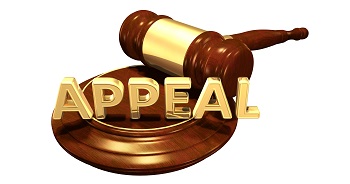 For background information on these issues and why it’s a huge issue in workers’ compensation, see my articles on voluntary abandonment and how rejecting a job offer affects temporary total disability compensation.

I. Court Holds Order Granting Social Security Disability is Evidence of Inability to Work Versus Intent to Abandon the Work-Force

In State ex rel. Digiacinto v. Indus. Comm., 10th Dist. Franklin No. 16AP-248, 2018-Ohio-1999, the Industrial Commissioners took the extraordinary step of granting an administrative request by the BWC to rehear PTD. A Staff Hearing Officer had granted PTD and the BWC appealed to the Industrial Commissioners themselves, requesting that the order be vacated and the injured worker be held to have abandoned his employment. The Commissioners, who hear less than 1% of all such requests for reconsideration, accepted the BWC’s appeal for hearing, vacated the SHO order and denied PTD by concluding that the IW had abandoned the workforce and was thus ineligible for PTD. And they decided this even though on the Industrial Commission’s own examining medical specialist had concluded IW was permanently and totally disabled.

The Commissioners reasoned that the IW had never attempted to return to work after his temporary total compensation was terminated thirteen years earlier based on a finding of MMI. When TTD was terminated, the Commission concluded IW was capable of medium-duty work and sedentary work. However, IW made no attempt to reenter the workforce, either by seeking work within his skill set or by pursuing vocational rehabilitation and retraining.

The Tenth District Court of Appeals concluded the Commissioners’ erred in refusing to consider an Administrative-Law Judge’s decision granting IW’s application for Social Security Disability benefits. The ALJ’s decision, rendered at nearly the same time as the IC’s determination that IW had reached MMI, was evidence the IC should have considered as it indicated that IW hadn’t abandoned the workforce but, rather, that he physically could not work.

II. Ability to Return to Some Level of Work at Time of MMI Finding Needn't Equate to Abandonment of Work-Force at Time of PTD Filing

In State ex rel. Guilfoyle v. Indus. Comm., 10th Dist. Franklin No. 17AP-408, 2018-Ohio-2412, the Industrial Commission hearing officer denied PTD, finding IW voluntarily abandoned the workforce based upon an earlier medical report opining that IW had reached MMI and could perform sedentary work. IW did not return to nor did she look for work after having been found MMI, both because of her allowed conditions and because her husband was in poor health.

While these Tenth District decisions are good news for injured workers, they reflect the harsh attitude sometimes encountered by IWs at the administrative level. In Digiacinto, the Industrial Commissioners themselves took the extraordinary step of vacating a decision by one of its Staff Hearing Officers to rehear and deny the PTD application by ignoring evidence. In Guilfoyle, the SHO who denied the PTD application did so by ignoring the IW’s doctor and even the IC’s medical specialist, both of whom concluded the IW was incapable of working. Rather, she relied upon the employer’s defense medical examiner who essentially concluded IW had little impairment. She then used that conclusion to jump through hoops to conclude that, since IW supposedly could work but hadn’t looked for work (again, remember that IW’s doctor told him he couldn’t work, so he didn’t look), he had abandoned the workforce and could never again file for temporary total or permanent total disability.

Filing a case into the Tenth District Court of appeals (called an action in “Mandamus”) is extremely risky. If the Court of Appeals affirms the Industrial Commission’s decision (which happens about nine times out of ten), then bad law is made for everyone. Plus, since these cases are decided based on legal briefs and occasionally oral arguments before the Court, they are very time-consuming and expensive.

The Tenth District is to be commended for rectifying the Industrial Commission’s abuse of its administrative discretion in reaching these terrible decisions using flawed logic and legal standards. But it’s an example of how, no matter how good you think your case is and how strong the medical evidence, some decision-makers will bend over backward to deny benefits—and do so to prohibit you from ever again receiving compensation in your claim.