Filing a Workers’ Compensation Claim With a Pre-Existing Condition 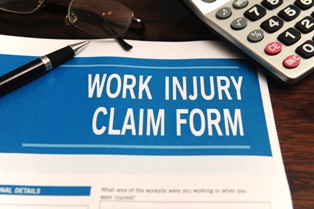 A pre-existing condition can be a vague and scary term. Many people are familiar with the term as it applies to healthcare, where insurance companies often seek to eliminate these conditions from their coverage to save money. But what is a pre-existing condition? What effect will one have on your Ohio workers’ compensation claim? Here, we look at pre-existing conditions and offer helpful information that can ensure you and your family can obtain all the benefits you deserve after a work injury.

What Is a Pre-Existing Condition?

As it applies to the workers’ compensation world, a pre-existing condition is a medical condition that an injured worker had prior to sustaining a work-related injury. This can include a wide range of injuries and diseases, from arthritis to tendonitis and include conditions that might have been symptomatic. Pre-existing conditions are typically not covered by the Ohio workers’ compensation system unless affected by a work injury.

While a pre-existing condition generally is not covered, there are certain situations in which workers’ compensation will provide benefits to address these issues. They are:

Understanding Substantial Aggravation of a Condition

Prior to 2006, Ohio courts held that “aggravation” of a pre-existing condition could be demonstrated simply by an increase in symptoms that resulted in medical treatment. The injured workers’ testimony that the condition was more painful and his/her actions in seeking treatment for the condition typically satisfied workers’ compensation requirements. Now, a different standard applies. To obtain benefits for the worsening of a pre-existing condition, workers must show that the injury was “substantially aggravated.” It sounds the same, right? How much of a difference can it make?

Legally, the terms spell a much different story for injured workers. Adding the word “substantial” has increased the burden on an injured worker. The law requires that a “substantial aggravation” be documented by objective diagnostic findings, objective clinical findings, or test results, not merely an increase in symptoms alone. This means that medical providers and injured workers must offer tangible evidence showing that the condition has worsened, typically by measurable changes in the condition such as swelling, positive orthopedic or other objective findings, etc. EMG testing, for example, can verify radiculopathy, a radiating pain that may result when an injury causes a previously dormant condition to become symptomatic. Where a pre-existing condition may have been worsened by an injury, obtain and present evidence of diagnostic testing (or the lack of such testing) that may have preceded the work injury. Contrary to what employers often try to argue, changes on an x-ray or MRI are unnecessary to prove substantial aggravation.

The Standard of Proof and Ohio’s Workers

Substantial aggravation issues often arise where there is evidence of pre-existing degenerative conditions, such as degenerative disc disease or degenerative arthritis. These injuries and conditions can be especially pertinent for those who work in:

The forms of proof necessary can vary given the wide range of potential injuries in a great variety of professions with their own unique demands and the medical conditions involved. However, it is not like criminal courts where proof is required beyond a reasonable doubt. Again, conditions may have been asymptomatic or causing only minor inconvenience; if the work-injury causes them to become a significant issue associated with measurable, observable limitations, the standard of proof has likely been met.

A distinction must be made between recurrence of a condition and aggravation of a pre-existing condition. Fortunately, many recurrent injuries, such as a low back sprain or strain, heal within 8 to 12 weeks of the injury (at least, that is what the defense doctors will tell you!). A recurrence of a healed injury differs from an aggravation of a pre-existing condition. A worker may sustain many recurrent back injuries, each of which can constitute a separate workers’ compensation claim.

Your employer and the BWC may attempt to save money by denying your new claim when you've had a prior claim for the same or a similar area of the body. Why would you want similar injuries to be recognized in separate claims, you ask? Well, the problem for the injured worker is that any compensation received under an old claim is based on wages at the time of the prior claim, not the potentially higher earnings typically associated with a new claim. If you are making more money now than in, say, 1986 when you hurt your back before, you don't want to be paid based upon your 1986 wages!

It is critical if you have been re-injured or experienced a worsening of symptoms you seek medical care and that you are upfront with your provider about your previous problems. As much as is possible, share with your doctor:

While it may feel daunting, it is possible to obtain benefits despite a pre-existing condition. At Monast Law Office, our experienced Ohio workers’ compensation team has helped many workers and their families secure the benefits they deserved when work conditions led to pain and injury. Download your free copy of The Worker’s Guide to Injury Compensation in Ohio today to learn more about Ohio workers’ compensation laws.

by James Monast
Connect with me
Board-Certified Workers’ Compensation Attorney in Columbus, Ohio
2 Comments
Frank, thanks for commenting on the blog. We sure do need our skilled laborers in many industries and would encourage anyone injured on the job to report their injuries and get the medical attention they need. Give us a call if you have a situation you need help with. Thanks!
by Jim Monast June 28, 2021 at 02:33 PM
you said a mouthful, very good info to have out there, i dont know about the other states but the state of ohio is extremely corrupt , everyone that does these physical labor jobs, & obwc absolutely knows this also, is all going to have those conditions when they get older, from the work they have been doing, but the new game for employers to screw the worker is to act like only certain people degenerate ??, they even have intentionally mis labeled it as a disease??, its so bad today its embarrassing, the really sad but not surprising fact is that the obwc seemingly agrees with this ignorance, we all know the work that someone does plays a direct roll in all this , yes the double standard is alive & well & its flying more so than ever right in the workers face ! 46 years in work force & most people will agree unless its absolutely necessary don't file a work comp claim ,,just through it in your health insurance & let everyone pay for it, unless you& your family enjoy being punished for an injury while working. & they wonder why no one wants to work these days, eventually you wont see anyone dumb enough to do these jobs anymore , & i think that's already happening, then what you going to do?
by frank mize June 26, 2021 at 11:01 PM
Post a Comment