Should I Open a New Workers’ Compensation Claim for a Recurring Injury?

Back pain is a common complaint among people of all ages. For many who have suffered a back injury or simply have deteriorating disks, strains and sprains can lay them flat for several days every time they aggravate the condition. This could be as simple as picking up a box or overdoing it in the garden, and the cycle can repeat every few weeks or months.

What if I Have a Recurring Injury at Work? 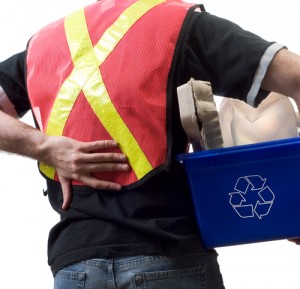 In the workplace, the same cycle can occur with back injuries: you herniated a disk in a fall, filed for workers’ comp, got treatment, and got back to work. The next year, you lift something heavy and strain your back again. As this is a separate incident, you file a new workers’ comp claim. If you think about it, this makes sense. The first injury responded to treatment and was resolved; this incident resulted in a new injury. However, employers (particularly self-insured employers, in my experience) often appear downright irrational in accepting or rejecting such claims.

If there’s only one incident (and hence only one claim), then an employer may argue that treatment and compensation for the injury should be unnecessary beyond the first six to eight weeks, as the sprain or strain should be healed by then. But, let’s say you have another on-the-job low back strain seven or eight years after the first claim. Well, in that case, these same employers will argue the problems you have resulted from the injury that happened eight years ago and for which you’ve had no treatment for over 7 1/2 years, so you should file under the old claim. How does this even make sense?

It’s All About the Employer Saving Money

The obvious answer is that it doesn’t make sense. How is it strains and sprains “resolve” in six to eight weeks, and yet that old injury is now supposedly the genesis of my strain eight years later? And why did my employer ignore that I was picking up heavy boxes at work last week and felt a pull in my back? To find the answer, we have to take a page from Woodward and Bernstein and follow the money. Claims cost money, whether the employer is state-funded (as most are) or self-insured. State-funded employers pay premiums to have workers’ compensation coverage, just as we do for auto or homeowners’ insurance. And, as with other insurance, if several claims are filed, the employer’s premiums may go up.

As a general rule, claims stop affecting an employer’s workers’ compensation premiums after roughly five years. An employer will argue that a new claim shouldn’t be filed for your recent back sprain but, rather, it should go under the old claim—and they argue this because the older claim costs them less money or sometimes no money. The Bureau of Workers’ Compensation (BWC) pays the claim costs but, depending on the age of the claim, the employer may face no increase in premiums. So, employers may not contest new treatment or compensation requests on an old claim but will fight a new claim as this could increase their workers’ compensation premiums.

With self-insured employers, the reasoning is similar in that such employers must set aside a reserve to cover claim costs. The more claims there are, the more money they have to set aside. Also, rates of payment increase each year. All other things being equal, this means that compensation paid in a 2000 claim is paid at a much lower rate (and hence costs the employer much less) than compensation in a 2021 claim—so a self-insured employer would much rather have an old claim reopened than have a new claim filed. Heck, they’ll often even help you with the paperwork in these situations!

When You Should Speak to an Attorney

If your initial workers’ comp claim is fairly straightforward and is approved by your employer, there is probably no reason to call a lawyer. However, if your recovery is taking longer than expected and you are being pressured to return to work, a chat with a workers’ comp lawyer could be helpful. If you experience a recurrence of an old injury years later, it could also be a good idea to learn about your options from a lawyer. Finally, if your employer insists on reopening an old claim rather than certifying a new claim for a recurrent injury, it is likely worthwhile to consult a lawyer. You can speak with our team free to better understand your legal options if you have been hurt while working. Simply call our Upper Arlington law office at (614) 334-4649 or fill out our contact form to get started.