If I'm injured while driving for Uber, can I collect workers’ comp benefits? 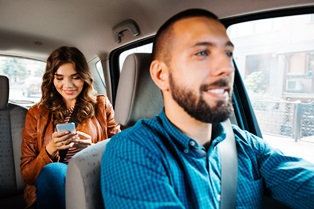 Unfortunately, the answer to that question in Ohio right now is no. This is because rideshare drivers are considered independent contractors and aren't eligible for workers’ comp or other employee benefits.

However, if you drive for Uber or Lyft to supplement your earnings from another company where you're a regular employee, you may get wage replacement benefits for the Uber job if you're collecting workers’ comp from your primary employer.

In this age of gig employment, it’s critical for workers to understand what they're entitled to if injured on the job.

Whether you drive for Uber, write articles on a freelance basis, pick up day jobs in construction, or shop for and deliver groceries for Shipt, you're an independent contractor. This means you're self-employed and not eligible for the benefits and protections given to regular employees, such as minimum wage, unemployment, and workers’ comp.

Companies like Uber and Lyft save a lot of money hiring independent contractors, and these workers have the advantage of flexibility. But if you are injured while driving for Uber, you're on your own.

For companies like Uber, the key to denying benefits like workers’ comp is classifying their drivers as independent contractors. This is changing in a few states. New York, Pennsylvania, and California have ruled for drivers, forcing Uber and Lyft to classify their drivers as employees.

However, a ruling in May 2019 by the National Labor Relations Board concluded that drivers are contractors, not employees, striking a significant blow to millions of workers. This debate will undoubtedly continue—not only for rideshare drivers but for other workers classified as independent contractors.

Meanwhile, if you're injured in Ohio as an Uber or Lyft driver, you cannot collect workers’ comp.

Many Uber drivers have regular jobs and take passengers to earn extra income after hours. This will be important to note if you're injured at your primary place of employment and granted workers comp benefits through that employer. That’s because you may collect wage replacement benefits for all the money you earned before your injury—including as an Uber driver.

If driving for Uber is your only or primary source of income, consider purchasing private driver injury insurance through Uber to pay medical bills and replace earnings if you're injured while driving and unable to work. This isn't Ohio workers’ compensation, but it’s a way to protect yourself—if you can afford it.

Unfortunately, there’s nothing an Ohio workers’ comp attorney can do if you're injured while driving for Uber.

However, if you're eligible for workers’ comp through your primary company because of an on-the-job injury there, and want to make sure you receive all the wage replacement benefits allowed to you, I may help. Call my office in Upper Arlington to discuss your situation.

To learn more about Ohio’s workers’ comp system, request a free download of my book, The Worker’s Guide to Injury Compensation in Ohio.