Do You Know What Workers’ Comp Fraud Is? To Stay Out of Jail, You Should Find Out! 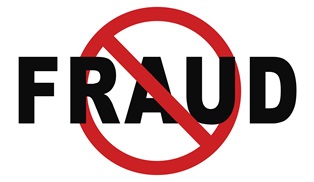 It’s a sad fact that dishonest workers, employers, and medical providers defraud the Ohio workers’ compensation system out of hundreds of thousands of dollars each year.

Although it might seem like a victimless crime, workers’ comp fraud affects employers who pay higher premiums to make up for losses caused by fraud and innocent workers suspected and accused of fraud without just cause.

It's possible to commit workers’ comp fraud unknowingly. So it's so important to understand what you can and cannot do as an employee, employer, or medical provider in the Ohio workers’ comp system.

What Is Workers’ Comp Fraud?

The Ohio Bureau of Workers’ Compensation (BWC) defines fraud as “an intentional act or series of acts resulting in payments or benefits to a person or entity not entitled to receive those payments or benefits.” An employee must prove that he was injured on the job and cannot perform any work, as a result, to qualify for workers’ comp.

The most common form of fraud is continuing to work while collecting workers’ comp, but people have also been caught while:

What counts as “work” while you are collecting workers’ comp? Almost anything. My clients have been convicted of fraud for mowing a lawn for $10.00, picking up beer cans in exchange for waiving a club initiation fee, and selling scrap for under $5.00

These are extreme cases, but they demonstrate that just because you think something shouldn’t count as paid employment doesn’t mean the BWC agrees.

It’s important to note that employees aren't the only ones defrauding the workers’ comp system.

The BWC pursues these cases also, but it seems not as aggressively as they go after workers.

How People Get Caught

The consequences of workers’ compensation fraud in Ohio are serious. You could be ordered to pay back all benefits you collected to date—and you could serve time in jail.

Whether you intentionally or unknowingly commit fraud, you can be turned in by a neighbor, friend, or even a family member. The BWC encourages people to report suspicious behavior, and many people are caught this way.

The BWC also has a squad of investigators who do their own snooping to catch people cheating. Investigators often succeed by speaking directly to the suspect, who admits to something they don’t realize is illegal. That’s why I advise all of my clients to never talk to BWC investigators. Contact a workers’ compensation attorney immediately if you're approached by a BWC investigator.

How Monast Law Office May Be Able to Help

Even an Ohio workers' compensation attorney like me with over 30 years of experience won't be able to help you if you knowingly defraud the workers’ comp system—nor do I want to.

However, if you're falsely accused or are being treated like a criminal for filing a claim, I may help. If you're struggling with a work-related illness or injury, download my free book, The Workers' Guide to Injury Compensation in Ohio and contact my office for a personalized assessment of your claim.