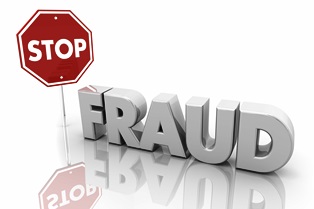 Let’s be clear: workers' comp fraud hurts everybody. When a worker collects compensation illegally, the cost of the scam eventually trickles down to employers, workers still on the job, and, ultimately, consumers.

It's estimated that over $7 billion—that’s billion with a “b”—is paid out annually on fraudulent grounds nationwide.

With such losses, the Ohio Bureau of Workers' Compensation (BWC) will make every effort to catch these fraudsters.

However, sometimes the methods of the Special Investigations Department (SID) are a little too far-reaching, and innocent people are accused.

Workers’ comp fraud can involve employers, healthcare providers, and workers. The BWC assigns investigators to each area but relies heavily on reports from employers, co-workers, neighbors, and even family members to catch employees committing fraud. Often, these reports are anonymous tips called to the SID or submitted on its website.

When the SID receives a report about a suspicious worker, it may investigate by:

Don’t get me wrong. If people are collecting workers’ comp on fraudulent grounds, they should be stopped. However, the reliance on anonymous tips and the sometimes enthusiastic efforts of the SID can mean innocent people get accused.

Don’t Talk to a BWC Investigator

If you were accused of defrauding the BWC and are innocent, contact me before talking to an investigator. It’s far too easy to fall victim to the SID’s aggressive tactics and not only lose the benefits you need and deserve—but also face a criminal conviction.

To learn more about workers’ comp in Ohio, request a free digital copy of my book, The Worker’s Guide to Injury Compensation in Ohio, and call me for a consultation about your case.