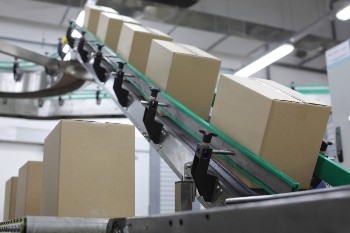 Since the very first assembly line in 1913, factory workers have had to interact with automated machinery. While some people fear that robots will take over all of our jobs, others cite automation as a way to make workplaces more efficient and safer for human workers. Today's reality seems to be a mixed bag. Robots have taken over some of the most strenuous and repetitive jobs, and they have sped up manufacturing and order fulfillment. However, in many places, it has been at the expense of worker safety. We take a look at some of the risks people face when working with robotic machinery and other forms of automation at Ohio companies.

Dangers of Working in an Automated Environment

When we talk about workplace automation, we aren't just talking about autonomous robots, although they do exist in some settings. More commonly, we are seeing robotic components and automated delivery systems that require human interaction to some degree. Sharing the workplace with autonomous machinery is inherently risky, and the following kinds of accidents and injuries regularly occur:

If you work with automated machinery and are injured in an interaction, you can file a claim for workers' compensation in Ohio. Workers' comp is a no-fault system, so it doesn't matter if the robot malfunctioned or you broke a safety protocol and got whacked or burned by it. Either way, your medical bills should be covered, and if you become permanently or temporarily disabled because of your injury, your wages should be paid.

We have talked before about the number of injuries in Amazon warehouses, and it turns out that automation might be to blame for a good number of them. Instead of relieving some of the stress on workers, computers and robots have done just the opposite. In fulfillment centers, the computer system that tracks how many items employees scan each hour puts them at risk of being fired if they fall behind. The added pressure of losing their jobs forces workers to move faster and increases their risk of injury. And the robots that were supposed to make packing boxes easier by taking on some of the tasks instead force human workers to increase their speed by as much as four times their normal speed. Instead of living up to the pledge of increasing worker safety, Amazon has failed its workers once again. If you work for Amazon in Columbus, Groveport, West Jefferson, or Etna, and are injured on the job, contact my office for help.

How Monast Law Office Can Help

With over 30 years of experience helping injured workers in Ohio get the workers' comp benefits they deserve, I can help you when you have been injured on the factory or fulfillment center floor. Learn more by requesting a free copy of our book, The Worker's Guide to Injury Compensation in Ohio, then fill out our online contact form or call our Upper Arlington office at 614-334-4649 to get started.