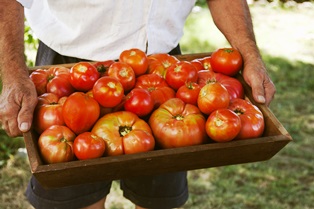 Yes. Under current Ohio law, every employee may have workers’ compensation if they're injured in the course and scope of employment—even if they're in the U.S. without documentation.

How Can Undocumented Workers Receive Benefits?

The Ohio Bureau of Workers’ Compensation (BWC) is a state agency. It's not affiliated with the federal Immigration and Customs Enforcement (ICE) department.

The BWC requires no Social Security number to grant benefits, so there's no way for it to know the immigration status of an injured worker. The BWC assumes every worker has legal status—because employers are required by federal law to verify the work status of every person they hire.

Therefore, as the BWC sees it, if a U.S. company employs the applicant, he or she must have a legal right to workers' comp benefits.

Some Ohioans Want to Change This

I say under current Ohio law because there's legislative action in the works to change this. In December 2017, the Ohio House of Representatives passed a bill to bar undocumented workers from receiving medical coverage and lost wages under the Ohio workers’ comp system.

The bill moved on to the state senate in 2018, but as of March 2019, it's still sitting in committee. The Senate failed to pass such measures, so the success of this bill is unlikely. However, the sentiment is there.

Should You Apply for Workers’ Comp as an Undocumented Worker?

Unfortunately, undocumented workers often live in fear of being discovered and deported, so they don't report injuries or file for workers' compensation. If you suffered a serious injury, talk to an Ohio workers’ comp lawyer.

Call Me to Learn More

If you're an undocumented worker injured on the job—or are concerned about someone who is—contact my office in Upper Arlington to learn about your options. No one should be made to feel like a criminal because they were injured at work and are applying for the benefits to which they are entitled.

For more general information about Ohio workers’ comp, request a free copy of my e-book, The Worker’s Guide to Injury Compensation in Ohio.