If I'm past retirement age when I'm injured on the job, can I still collect workers’ compensation? 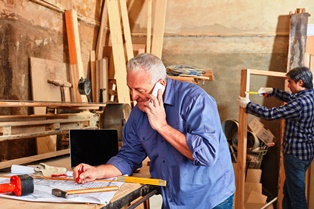 Yes—and don't let your employer tell you otherwise. If you're injured in a workplace accident, you're entitled to collect workers’ compensation for your medical bills and lost wages—regardless of your age.

However, if you choose to retire while collecting workers’ comp, the benefits you receive could be affected.

Why Are More Seniors Working?

Across Ohio and the rest of the country, people are putting off retirement and staying in the workforce longer than ever. According to the National Institute for Occupational Safety and Health, one in four workers is over 55, and one in five workers is over 65. Since 1997, the employment of people over 75 has grown 172 percent. If you're a part of this growing demographic, it’s essential to understand your right to workers’ compensation if you're injured on the job.

Older people are continuing to work for various reasons. As people live longer and healthier lives, they often keep working only because they want to do something meaningful. Some skilled tradespeople—such as truck drivers, carpenters, and electricians—simply don’t have younger qualified workers coming up to replace them. And for a large number of older Americans, it’s merely a financial necessity to keep working.

While this growth in workers over 65 hasn’t led to a significant increase in the number of on-the-job injuries that occur, when older workers have an accident, they often sustain more severe injuries. What these workers may not understand is that they're just as entitled to workers’ comp benefits as their younger counterparts.

Sometimes, when an older person is injured in the workplace, he decides—or is encouraged by his employer—just to hang up his hat and collect Social Security. However, employees who do this may be leaving valuable benefits on the table.

If you're over 65 and unable to work after an accident on the job, contact the Monast Law Office. Maximizing the benefits you can collect is sometimes a matter of timing, so before you do anything, talk to us! We're happy to outline all options and support you in asserting your right to the benefits you deserve.