Connections Between an Autoimmune Disease and the Workplace 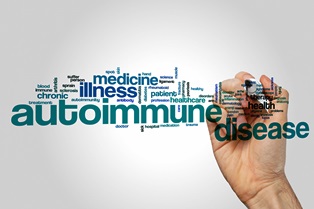 The purpose of the Ohio workers’ compensation system is to provide for people who aren't able to work because they were injured on the job or have become ill due to workplace exposure.

So it doesn't seem likely that a condition such as arthritis or Crohn’s disease would be considered work-related and qualify for worker’s comp benefits. However, if an autoimmune disorder is aggravated by work conditions and you're unable to work because of it, you may be eligible for compensation.

What Are Autoimmune Disorders?

You might have heard the term autoimmune disorder, but you’re probably familiar with at least one disease that falls into this category. Autoimmune disorders occur when the body’s immune system attacks its own tissue. This dysfunction causes many chronic diseases, including:

These are just a few of the over 80 autoimmune disorders identified so far. While these medical conditions have the same underlying cause—a dysfunctional immune system—the symptoms and effects on the body are different. These conditions aren't curable, but they can be treated to some extent by controlling the over-activity of the immune system with steroids or by managing the effects, such as taking insulin or thyroid hormones.

Is There a Connection to Work?

If you're unable to work because of your autoimmune disorder, and it can be proven that your illness was caused by exposure to a toxin in the workplace, you may qualify for workers’ compensation. However, this connection can be challenging to make. According to the National Institutes of Health, researchers have made some progress in finding a relationship between environmental exposure and autoimmune disorders—including linking exposure to silica and asbestos to developing lupus and rheumatoid arthritis in lab mice—but more work needs to be done.

A more explicit connection between autoimmune disorders and worker’s comp comes through the provision that allows coverage for pre-existing conditions made worse by a person’s job duties. For example, for a cashier with rheumatoid arthritis, the repetitive nature of her work may aggravate the condition to where she can no longer perform her job. A stressful work environment may trigger symptoms in a person with lupus or multiple sclerosis. In these situations, it may be possible to get worker’s comp benefits for an autoimmune condition.

When you're fighting the daily battle of an autoimmune disorder, the last thing you want is to struggle to make ends meet. If you were managing to work after your diagnosis, but your condition got worse on the job, I may help you get workers’ comp benefits.

Contact our office in Upper Arlington to discuss your situation. If my team thinks we can help secure the compensation you need, we'll do what it takes to get you approved. To learn more about workers’ compensation, request a free copy of my book, The Worker’s Guide to Injury Compensation in Ohio.