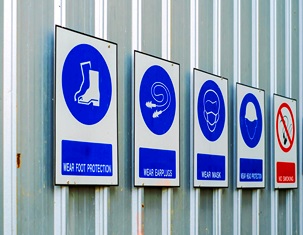 Many jobs in Ohio require workers to breathe in or handle dangerous substances that can cause cancer, respiratory disease, and other chronic conditions.

While employers must protect their workers from exposure to these chemicals and gases, over time, employees can experience enough direct exposure they get sick and cannot work.

When this happens, an individual is eligible for workers’ compensation. Because it's sometimes difficult to establish a causal link between workplace exposure and illness, these aren't straightforward claims to make.

Understanding the requirements for compensation may help victims build a strong claim.

What Is an Occupational Disease?

An occupational disease is an illness caused by a particular industrial process and contracted through employment. The Ohio Bureau of Workers’ Compensation (BWC) maintains a schedule of occupational diseases that qualify for compensation, which includes poisonings by specific toxins such as anthrax, lead, mercury, arsenic, asbestos, and benzene, and skin ulcerations and infections, bursitis, berylliosis, silicosis, and other diseases.

Non-scheduled diseases such as chronic bronchitis, certain cancers, and emphysema may also qualify. Repetitive motion conditions, such as tendinitis and carpal tunnel syndrome, may be considered an occupational disease or an injury, depending on its cause. According to the BWC, an occupational disease may be caused by exposure to:

However, mere exposure to the hazard isn't enough to qualify for workers’ compensation benefits.

Causal Link Must Be Established

To qualify for workers’ comp benefits for an occupational disease, prove that exposure to a harmful substance in the workplace caused the illness. Then, the sickness must be confirmed by a medical diagnosis. Also, establish that conditions of employment put you at greater risk of exposure than what the general public is exposed to.

It must be clear that:

You won't be compensated for any diagnostic exams or testing, or for any preventive treatments you received until and unless your claim is allowed.

An occupational disease can take many years to develop. Sometimes, such as with asbestosis, it can be decades between exposure to the substance and the first symptoms of the disease.

Unlike with a work-related injury, it's impossible to establish the exact date an employee developed an occupational disease, so the BWC allows one year [for claims occuring on or after September 28, 2021; prior to this, the statute permitted two years} after the disability due to the disease began for a worker to file a claim. Alternatively, the BWC allows an individual to file up to six months after diagnosis of the disease by a licensed physician, as long as the six-month period doesn't shorten the normal two-year period.

For compensation, the BWC establishes the date of disability as the most recent of these three dates:

The process for filing a workers’ comp claim for an occupational disease can be confusing and difficult, especially as you're coping with a serious illness. To avoid challenges in the claim process, an experienced Ohio worker’s compensation attorney may help.

Call Monast Law Office for Help With Your Claim

If you were diagnosed with an occupational disease in Ohio, you may have a battle ahead of you to get the workers’ comp benefits you deserve.

At Monast Law Office, we believe you should be treated with respect throughout the process, instead of being under the suspicion of fraudulent actions. When you call our office, we'll give you honest information that allows you to make the important decisions necessary throughout your recovery.

For more information, request a free download of my book, The Worker’s Guide to Injury Compensation in Ohio For an assessment of your claim or if you have questions about your situation, call us. We're happy to see if and how we can help.