Why Was Your Workers' Comp Claim Denied? You Might Not Believe the Answer! 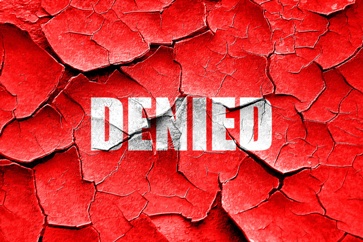 When someone contacts my office because their workers' comp claim was denied, the first thing they want to know is why it happened. I have been a workers' comp attorney in Ohio for over 30 years, so I should be able to give them an answer, but sometimes the only explanation seems to be that the hearing officer ate something wrong for breakfast that morning. There is just no rhyme or reason for some denials. Other denials are so nit-picky, they're hard to believe. Here are some of the more common denials I see.

It might come as a shock to you if you are given one of these reasons when your comp claim is denied:

Sometimes when you are denied for one of these reasons, it is simply a mistake that can be easily cleared up. Other times, an appeal will be more difficult.

If I Think We Can Win, I Will Tell You How

Just because you are surprised by the reason for your denial, that doesn't mean it's not a fair denial. For example, if you thought you were an employee, but you were wrong, you will not win an appeal. However, if there is no good reason for your denial, I will help file an appeal that clears things up. To learn more about workers' comp claims in Ohio, request a free download of my book The Worker's Guide to Injury Compensation in Ohio, and then call us!