Can I be denied workers’ compensation benefits if I fail a drug test? 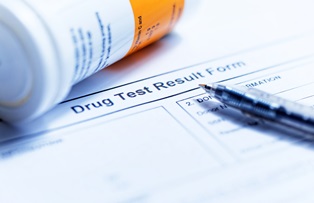 Many Ohio employers will automatically give you a drug test after a workplace injury. However, in order for a failed drug test to disqualify you from receiving workers' comp benefits, you must have been under the influence at the time of the accident and the impairment must have been the direct cause of the accident. For example, if you were the passenger in a vehicle that crashed while on a work-related trip and you test positive for marijuana use, that should not affect your claim because your impairment had nothing to do with the accident and your injury. However, failing a drug test does mean you should consider hiring an experienced workers' comp attorney to represent you.

One of the main tenets of the workers’ compensation system across the U.S. is an injured employee’s ability to obtain benefits regardless of fault. In exchange for reduced liability, employers agree to provide care and compensation even if an employee played a role in the accident or situation that resulted in the illness or injury. There are, however, some key exceptions to this rule. Besides injuries suffered in fights or that occur when an employee violates company policy, drug use can disqualify workers from benefits. Many workers wonder both if their employers may perform drug tests and if it is possible to lose workers’ compensation benefits as a result of a failed test. Here, we look at drug testing and drug policy relevant to Ohio’s workers.

Employers’ Rights to Use Drug Testing in Ohio

Ohio employers are within their rights to perform drug tests on employees. The Ohio Bureau of Workers’ Compensation (BWC) even encourages employers to do so, offering incentives for employers to enroll in a state drug-free workplace initiative. The Drug-Free Safety Program (DFSP) calls for employers to drug test employees after an accident and upon return to work as two of several requirements of the program. Employers are also permitted to test an employee when reasonable suspicion of intoxication or drug use arises. While this program is voluntary and not every Ohio employer will participate, know that drug testing is a common practice and may occur at your place of employment regardless of whether your employer is involved with DFSP or not.

There are several ways to test a person for drug use, and different employers may elect to use different methods. The most common forms of drug testing include examining samples of urine, hair, blood, breath, or even sweat.

Employers most commonly follow the guidelines set by the national Substance Abuse and Mental Health Services Administration. Under these guidelines, employers will test for:

Failing a Drug Test Does Not Automatically Disqualify Workers From Benefits

So, you were involved in an accident at work and failed a subsequent drug test. What now? You still may have workers’ compensation benefits. State law mandates that an employee can only be denied benefits if:

There are a several other defenses to benefits being denied after a failed drug test. Workers taking medication prescribed by a doctor for a legitimate medical reason, those singled out unfairly among other employees, and anyone subject to inappropriate testing methods could dispute the drug test results.

If you or someone you love has suffered an injury at work, and you are worried about drug testing by your employer, contact the experienced workers’ compensation attorney at Monast Law Office for a free consultation. Attorney Jim Monast and his staff can provide information about your rights to medical care and compensation, and they may help you protect those rights. Call our Upper Arlington office today, or take a moment to fill out our online contact form for a prompt response from our team.