How Long Does it Take to Get A Workers' Comp Settlement in Ohio? 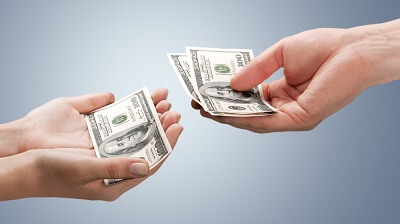 I’m reminded of the old Scottish proverb “If wishes were horses, beggars would ride” when reflecting on settlement timeframes. If wishing could only make things happen sooner….[Note: I am NOT equating injured workers with beggars, though I know the system sometimes makes you feel like one!]

I mention the proverb because, at first blush, the timeframes for settlements of claims should seem fairly straightforward. And, sometimes, they are: once a settlement is reached and the paperwork filed with the Ohio BWC, the parties have to wait 30 days before the settlement is final and the check issued a few days later.

That part about “once a settlement is reached”, now that’s the rub. I’ve written about determining fair settlements before. I’ve had settlements where an agreement is reached, all the documents signed and filed, and the check issued within 45-60 days. But, as my old Pappy used to say, those are “as rare as hens’ teeth”. (Actually, researchers say they have found a naturally occurring mutant chicken called Talpid with a complete set of ivories. But, I digress…).

Workers' Comp Settlements in Ohio Can Take Many Months

More often, settlements take months…sometimes, many, many months. And, in my experience, larger settlements take longer because there’s lots involved. The more serious the injury, the more likely the need for ongoing medical treatment. Who’s going to pay for that treatment? Medicare doesn’t want to pay for treatment of work injuries once you’ve settled. They will require you establish a Medicare Set-Aside trust account [MSA] and put some of the settlement proceeds in that account. The set-aside amount has to be determined, usually by hiring a company to evaluate future costs of a claim over your lifetime and then submit that figure (presuming the parties agree with it) to Medicare for approval. This takes from 3 months on up. (Actually, it’s quicker now than a few years ago where approval could take 9 months).

PERS and SERS don’t yet require set-aside amounts, so settlement of claims involving folks who worked for public employers or the school system don’t require this step. However, the BWC will still insist on allocating a portion of the settlement proceeds to medical and prescription treatment. [Does this seem asinine? It is…].

Another consideration is the time to negotiate a settlement. With the BWC, the players change depending upon the settlement amount. For example, Ohio BWC Claims Service Specialists may settle claims for up to certain dollar amounts. Above this, their supervisor has to sign off. Settlements up to $175,000 require approval by appointed BWC attorneys. Settlements above this amount have to go a special committee that meets only once a month.

There’s a similar dynamic with self-insured employers, meaning you move further up the chain of command the higher the settlement. And large businesses sometimes have “excess carrier” coverage, meaning after a certain dollar amount has been spent, the excess insurance carrier gets involved in payments and, hence, any potential settlement. Large settlements are sometimes paid through annuities over many years, if the parties agree to this. It takes time to set these up.

And all this presumes you have some basis for submitting a particular settlement demand. For example, a twenty-something with high wages, a devastating injury that will likely remove her from the workforce and require extensive ongoing treatment (frankly, a case I’d rarely recommend for settlement) is worth lots of money. But (1) the BWC will never offer as much as the case is actually worth and (2) much of the settlement will end up in an MSA. However, if the employer is self-insured and the client insists on pursuing a settlement, there will be time delays because

So, how long does this settlement process take?

Well, I’ve had some settlements in Ohio take one and a half years for the process to run its course.

The point is the part leading to filing the paperwork usually takes lots of time. In simpler cases (generally smaller ones involving the BWC, as opposed to a self-insured employer where an MSA analysis by an outside company is involved), the settlement process typically takes around four to six months from initial settlement workup, to filing paperwork, to BWC analysis and offer, negotiation and final agreement, to submission of the final paperwork, the thirty-day waiting period, and issuance of the check. The process is often quicker if an agreement has been reached with a state-funded employer where the claim is still in its experience-rating period as the BWC usually approves these if not obviously fishy. Still, look for two to three months.

In court settlements, there is no thirty-day requirement. However, getting paperwork prepared, signed by all parties and filed by the parties is often ridiculously slower than it should be. In my experience, the finalization of the settlement in these cases, which should take less than 30 days between agreement and issuance of a check, takes three months or more.

The quicker you get your part of the process completed, the quicker the settlement will be finalized… presumably. But the other parties (the BWC and the employer) may not move as fast (they move faster at certain times of the year, such as when premiums are being recalculated). While this is frustrating, eventually the matter will be resolved. Patience is essential. Remember another saying: The best time to plant an Oak tree is 50 years ago; the next best time is now.

If you are considering settling your claim or navigating the challenges of a work injury in Ohio, contact Monast Law Office for guidance on your best course of action. We represent injured workers in Upper Arlington, Columbus, and surrounding areas. Call 614-334-4649 for a free consultation to see how we can help.