Ohio Leads the Way in Reducing Worker Dependence on Opioids 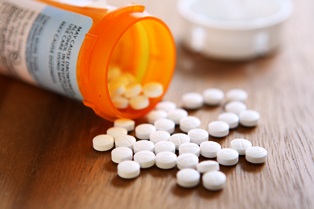 If you live in Ohio, you or someone you know probably has struggled with opioid addiction.  Maybe you even lost someone to an overdose. Ohioans have been walloped by the opioid epidemic, as we are one of the top 15 states for opiate prescriptions and the third worst for opioid overdose deaths.

All too often, an addiction begins as a method of pain management for a work-related injury, but recent changes in Ohio’s worker’s comp rules for opioid prescriptions are helping to reverse the problem here.

At Monast Law Office, we're dedicated to helping injured workers get the compensation and treatment they deserve so they can recover safely from a work injury. We look at how the Ohio Bureau of Workers’ Compensation (BWC) is dealing with prescription opioids for pain management.

A Brief History of Opioid Use in the U.S.

Through the 1980s and 1990s, there was a sharp increase in the rate of doctors prescribing opioids to patients with chronic pain. Doctors were told these were wonder drugs and that risk of addiction was minimal. But pharmaceutical companies, mainly Purdue Pharma, knew the risks of addiction to drugs such as Vicodin, Percocet, and OxyContin, and offered many doctors huge incentives to prescribe these medications.

Physicians have a hard time managing chronic pain, as each patient's experience is subjective. Too often, medical professionals simply prescribed opiates as a form of pain management to make patients more comfortable. Even after individuals became addicted, they continued to have reasonably easy access to these drugs.

In 2010, following the first attempts at limiting patient access to opioids, there was a dramatic increase in heroin overdoses as people turned to street drugs because of their chemical dependencies. More recently, introducing illegally-produced synthetic opioids like fentanyl has led to another spike in deaths by overdose. Sadly, Ohio was one state hit hardest by this crisis.

One demographic deeply affected by the opioid epidemic is injured workers. Many common on-the-job injuries—such as back strains, knee injuries, and hip or shoulder pain—are treated with opioid painkillers to get the worker back on the job quickly. Several years ago, the Centers for Disease Control and Prevention reported that 25 percent of all workers’ compensation prescription costs were for narcotic pain relievers.

However, the good news is Ohio lawmakers made significant progress in reversing this trend with injured workers.

What Ohio Has Accomplished

The BWC reviewed prescription opioids in 2011 and found 8,000 injured workers depended on opioid painkillers, and 73 percent of the injured worker population received opioid medications. In response to these disturbing numbers, the BWC took these steps:

In 2016, the BWC reportedly sliced in half the number of opioid-dependent workers from the 2011 level. The number of workers receiving opioid doses in 2017 was down by 28 percent over 2012.

What Does This Mean to You?

If you're injured at work in Ohio, you deserve the best care so you can heal from your injuries and get back to work. Doctors must find individual, alternative solutions to help alleviate pain and promote healing, and the BWC has to cover these treatment plans. If you're struggling to get the treatment you need after a work injury in Ohio, contact the Monast Law Office for help.